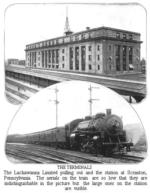 WHEN Frederick Wally stepped out of a little cubby-hole in one corner of the forward day coach on the Lackawanna Limited, west-bound, as it neared North Scranton, Pennsylvania, Tuesday, November 25, 1913, and pinned a sheet of paper on the wall, the passengers in the front seats, who had been casually wondering what caused the strange, crackling sounds that had been coming from the cubby-hole, pricked up their ears, figuratively speaking. Some of the more curious left their seats to see what the sheet of paper might be. With uncomprehending minds, they read these words in the peculiar round hand affected by all telegraph operators:

"El Paso, Nov. 25.
"After a lull of a few hours the battle of Tierra Blanca was resumed this morning. General Villa, commanding the rebels, ordered the artillery turned on a Federal train his troops had surrounded during the night. The battle is now extending along a front of twenty miles."

One of the passengers peeked into the cubby-hole, then exclaimed in tones of amazement:
"Wireless, by jinks!"  Then the amazed traveler rushed back through the length of the train, spreading the incredible information that a wireless operator was on board receiving news bulletins just as was done on ocean liners.

Wireless on the rails 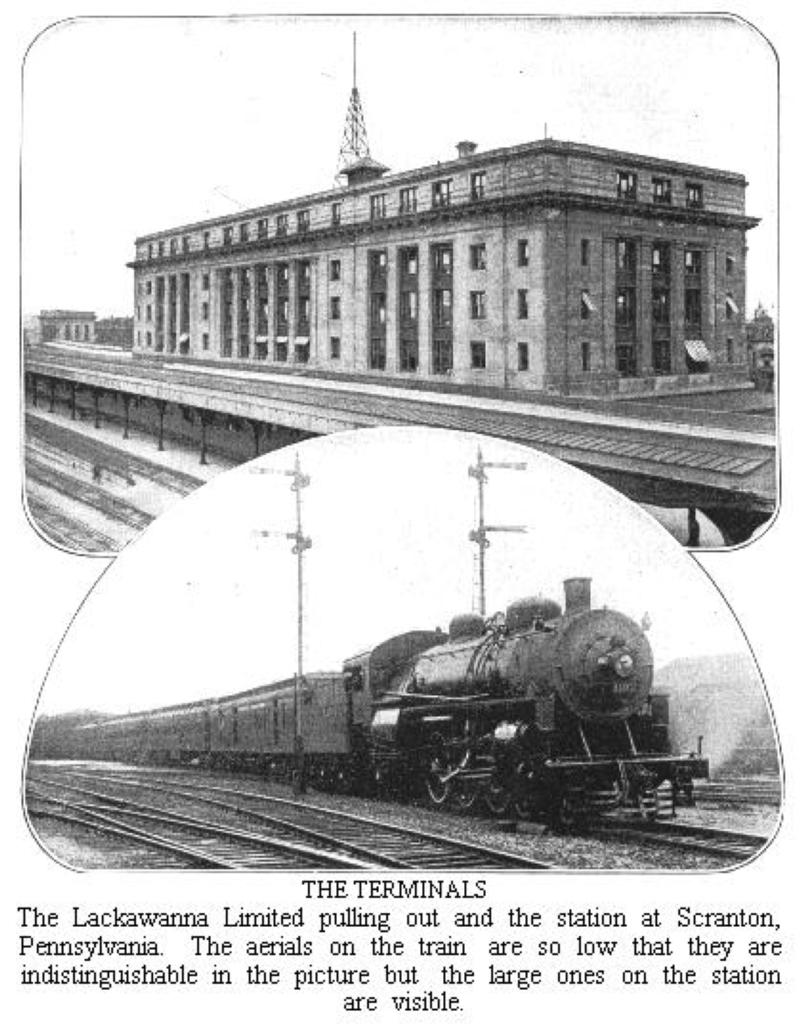 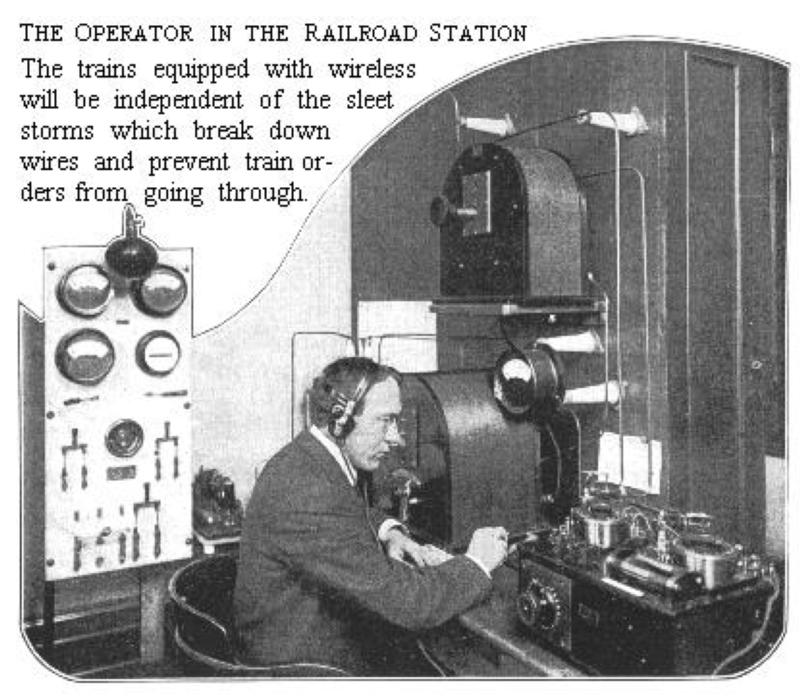 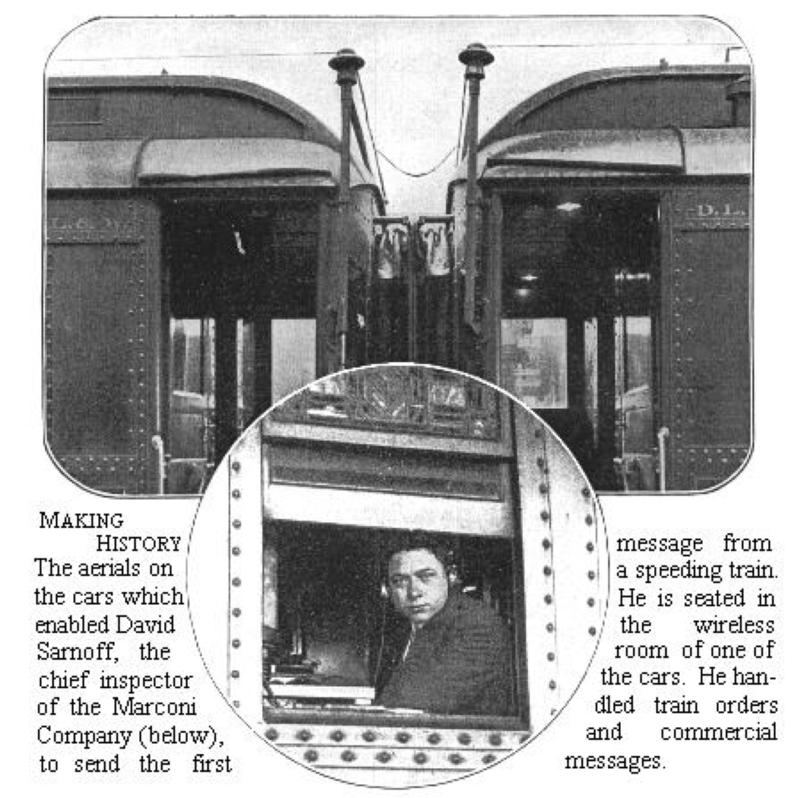 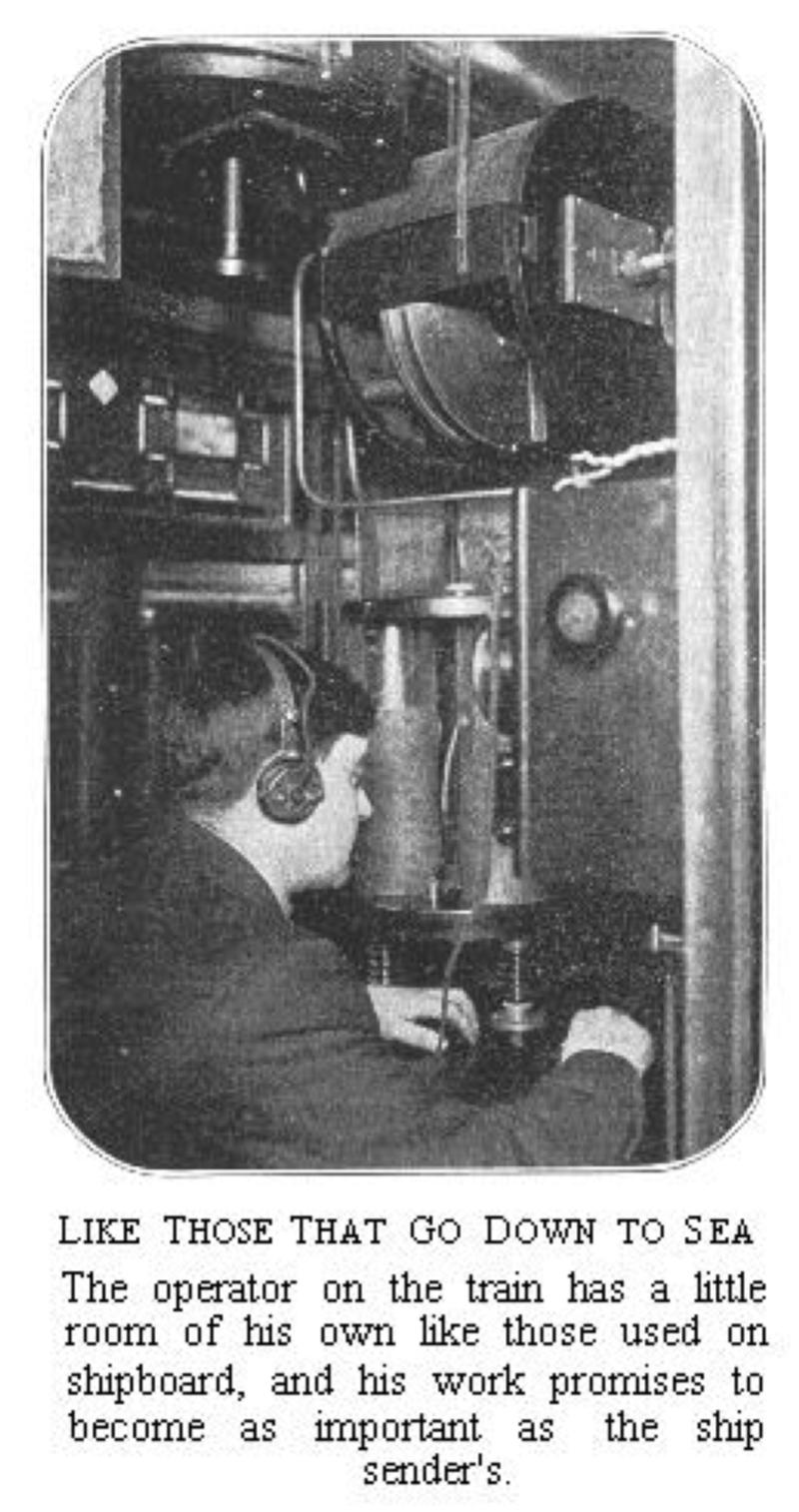 Wireless on a Train