Most vintage radio enthusiasts are aware of how intertwined the development of radio and aviation were.   Many still enjoy using low frequency receivers and DX-ing the "beacon band" which was a key element of the first generation of aviation radio and navigation.   Before there were radio beacons, pilots depended on visual beacons - the flashing (rotating) lights we've all seen at airports but few realize just how extensive this navigation network had to be to provide guidance to early flyers, especially at night.   As technology improved, the four-course or Adcock radio range was added to supplement these visual markers.

Major airways were named in those days, this one in particular was the "Salt Lake City - Omaha" route.  Wyoming’s portion of the Salt Lake to Omaha Airway had 40 beacons spaced about 10 miles apart. The Wyoming portion of the airway closely followed the railroad tracks except between Salt Lake City and Knight and between Laramie and Cheyenne.

The beacons were numbered from west (Salt Lake) to east (Omaha). Some had names while some were only numbered.

A young girl in the early 1930s, Betty Jean Cruickshank, was the eldest daughter of one of the Assistant Airways Keepers hired by the Lighhouse Service of the US Department of Commerce assigned to Medicine Bow, Wyoming.   Thanks to her good memory and her father's careful preservation of a number of documents,  Betty wrote a fascinating first-person history which gives the reader a true feeling for what it was like in those early days.     There's not a lot of technical detail because that was beyond her understanding, as probably was the fact that her father was very fortunate to have a job that paid a salary of $100 a month (less a $20/mo deduction for the furnished government-supplied house that his family lived in on the airport property.    At the peak of this era of navigation there were three full-time operators who worked 12 hour shifts to provide 24/7/365 service to aviators.    Job duties included making precise weather observations, conducting radio and teletype communications, tending to the four-course radio range, and mowing the grass!   The federal government was very particular about maintenence of their properties.

Anyone interested in the early days aviation or radio history will enjoy reading Betty's history.    The historic documents provide a look into the lives of a depression-era family that was isolated geographically but thanks to an important occupation, enjoyed better fortune than many.

The following document was  written and produced by Betty Jean Cruickshank and prepared by Ann M. Kreiser 2007 in memory of Betty Jean’s father,  Edwin M. Cruickshank.   The Medicine Bow airport was shut down in 1935 but Edwin remained in a caretaker role for the new CAA until 1958 when the opeation was turned over to the county.    Enjoy this glimpse into the daily life of a civil service worker and his family in a bygone age.

Download link can be found below the photos section

Houses occupied by the Airways Keepers 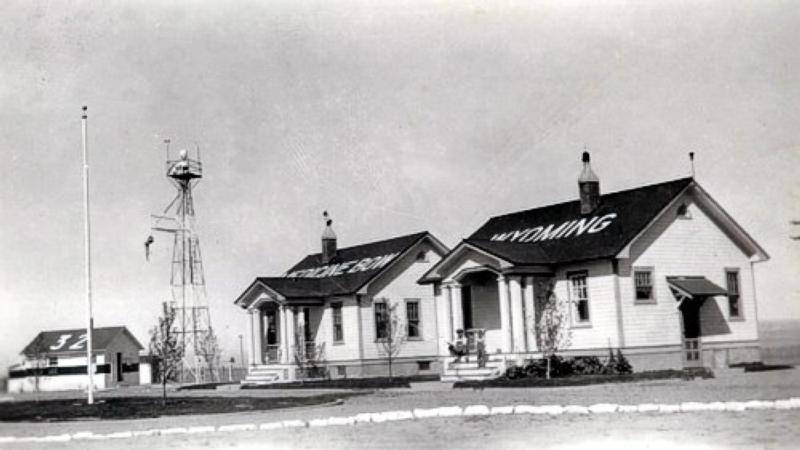 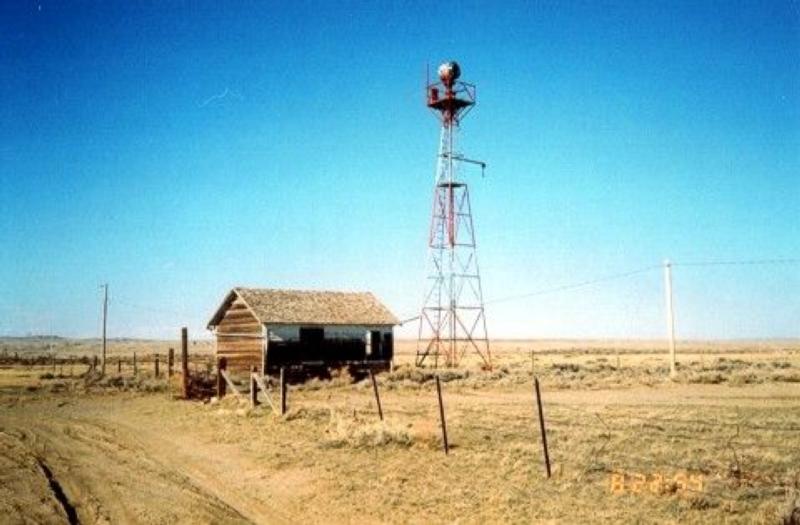 Main Building close-up. Radio range transmitter would have been inside. 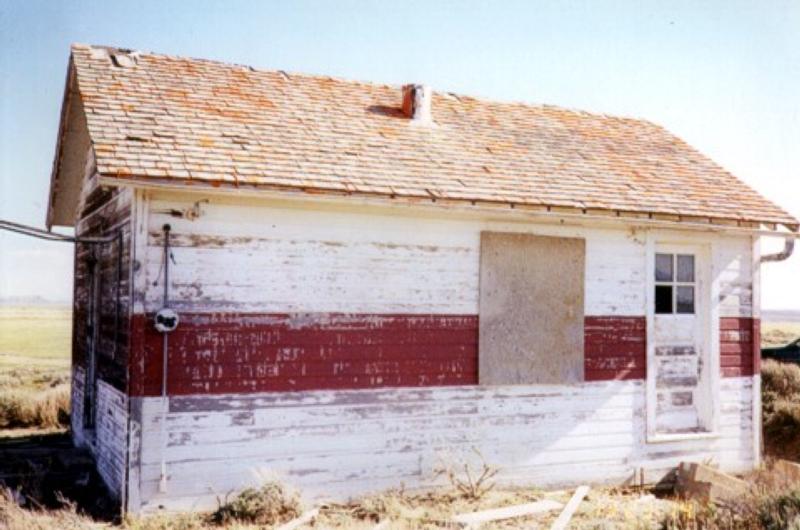 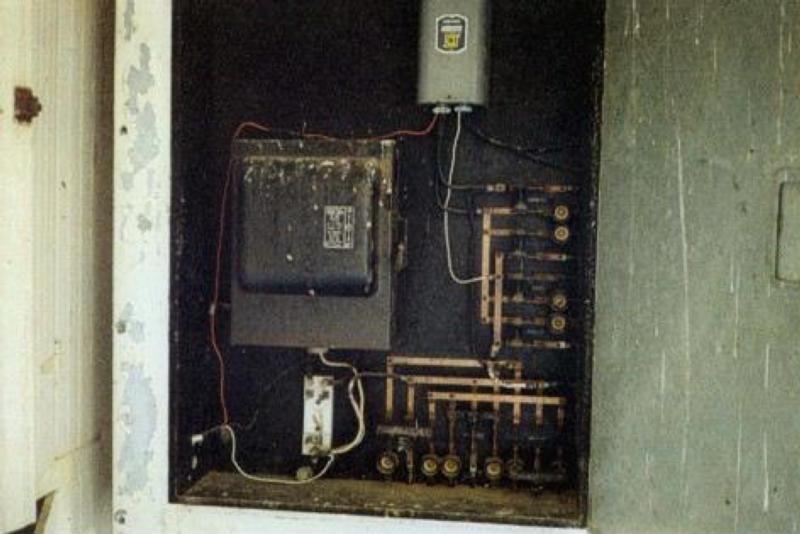 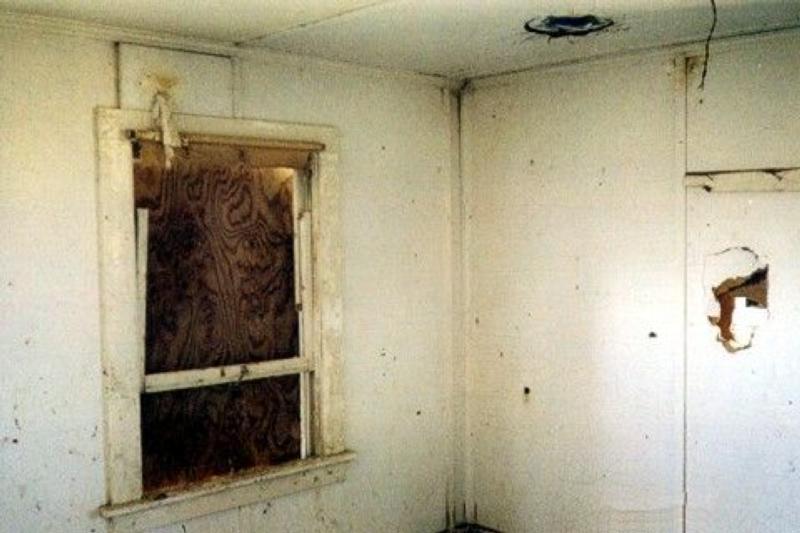 A boundary cone with its original 32 watt light bulb intact 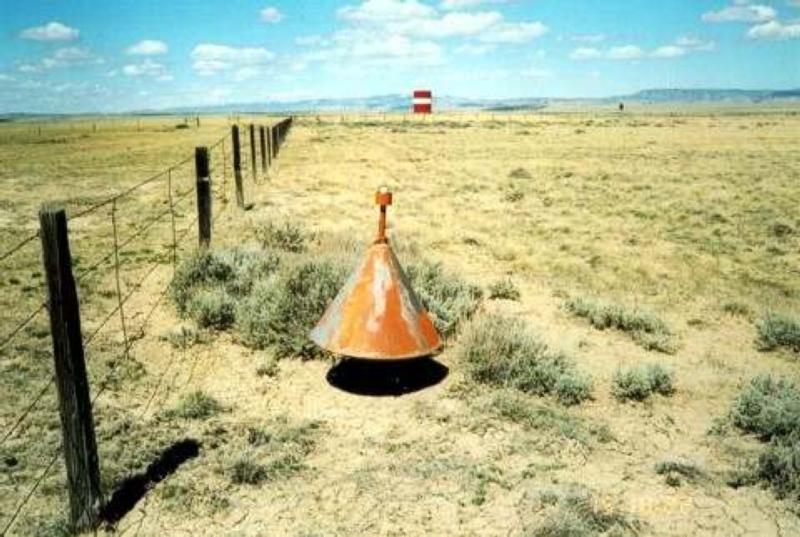 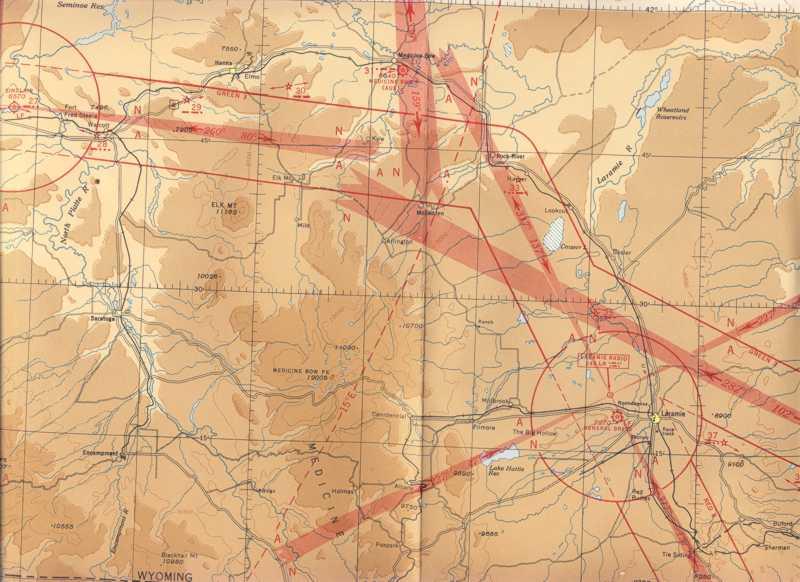 One of the few remaining radio ranges, Medicine Bow would have been similar 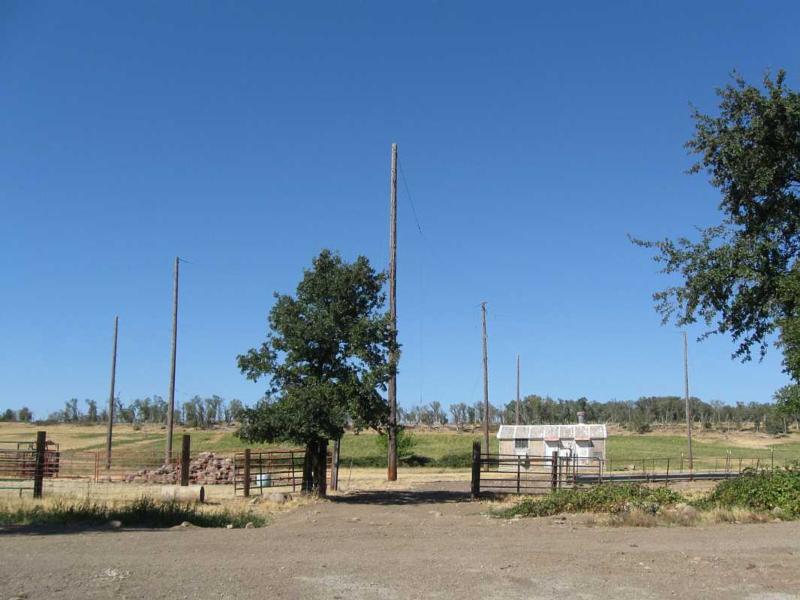 Edwin at the teletype machine 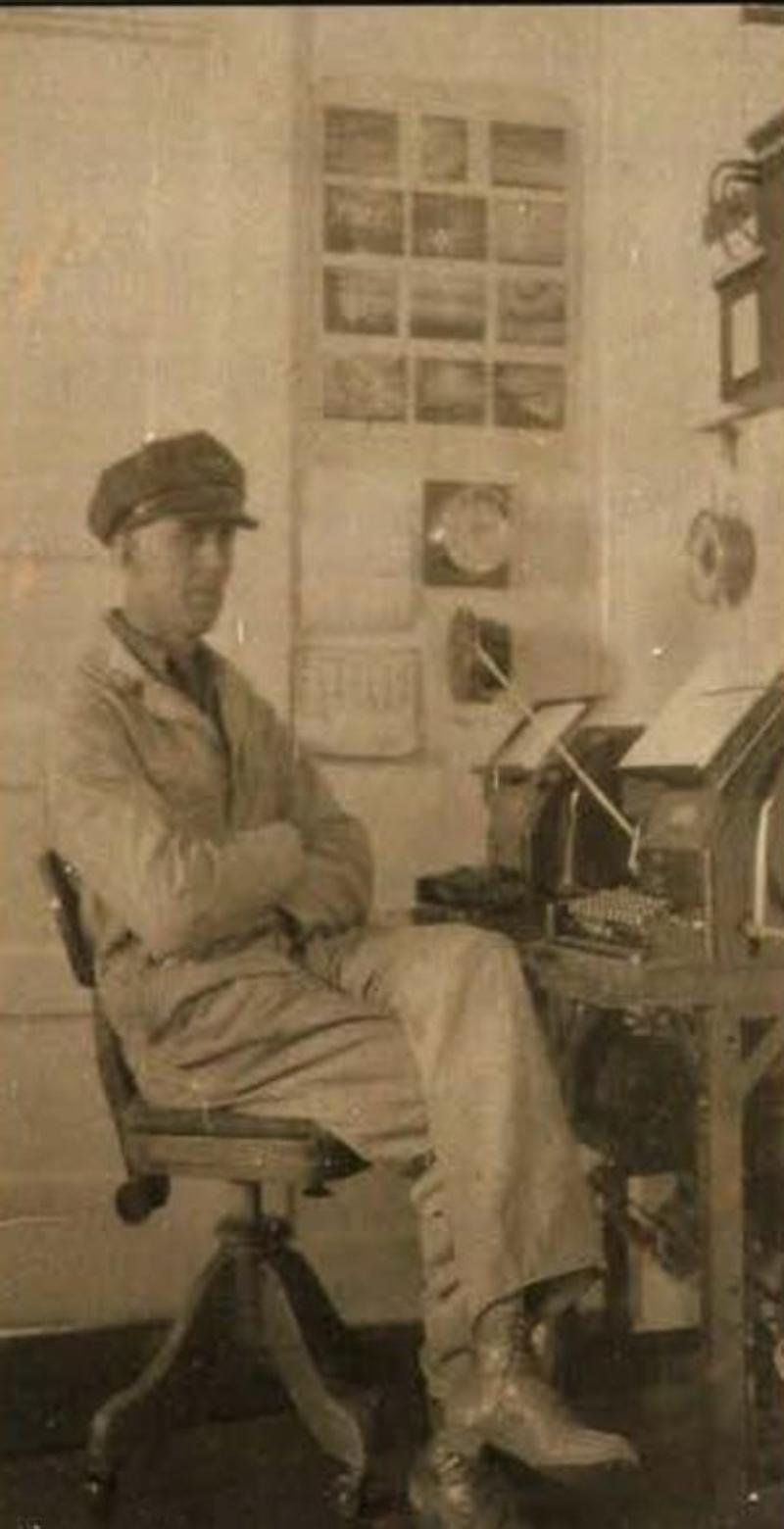 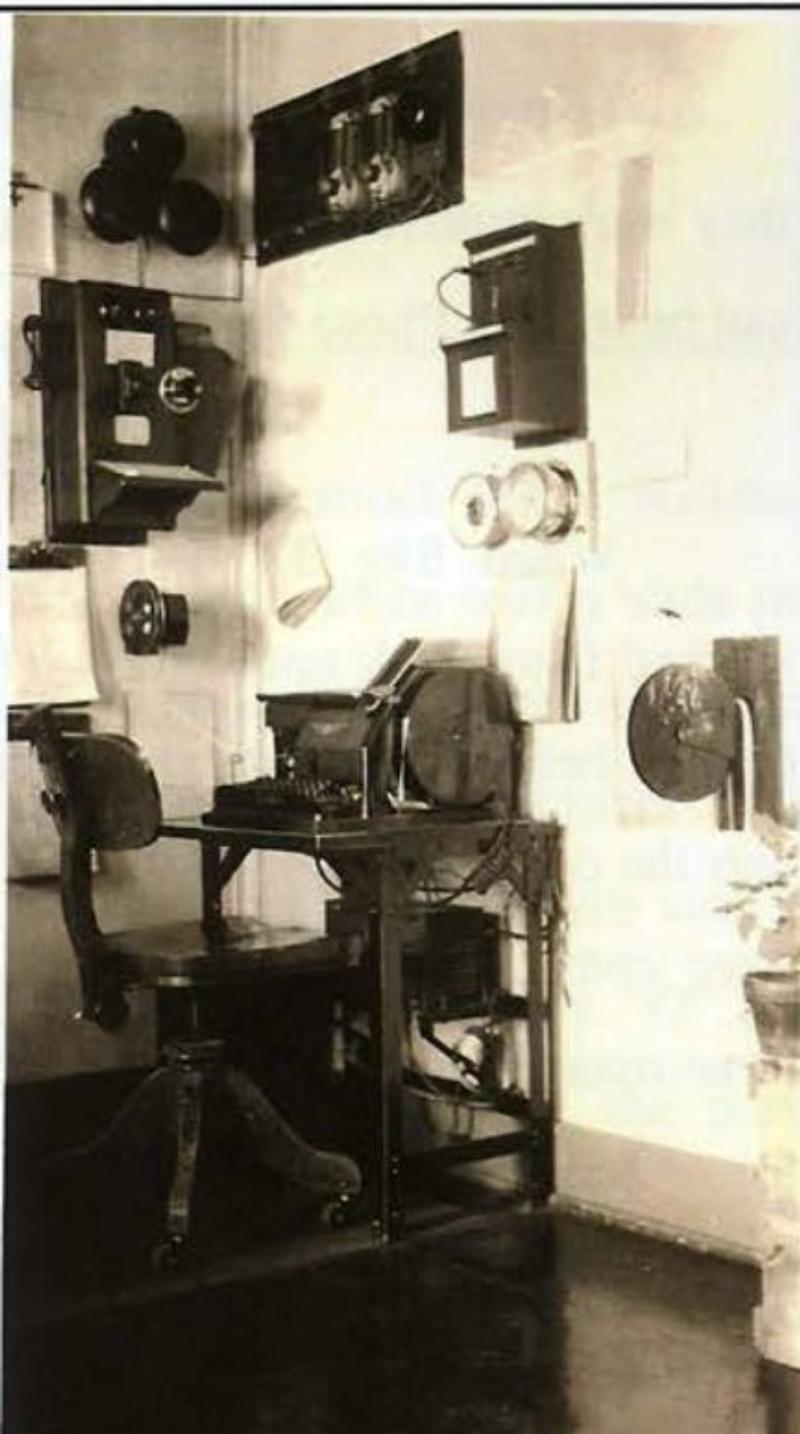 Early radio equipment - can you identify what it is? 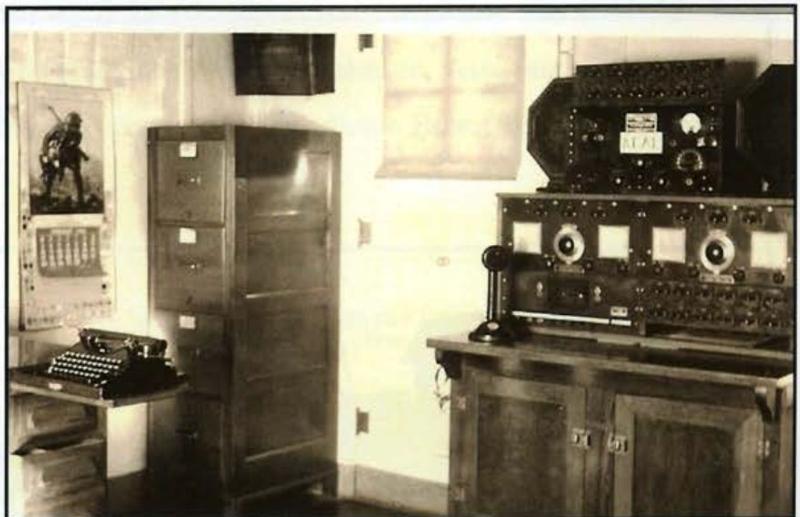 National RHM receiver, designed for the Lighthouse Service in 1932 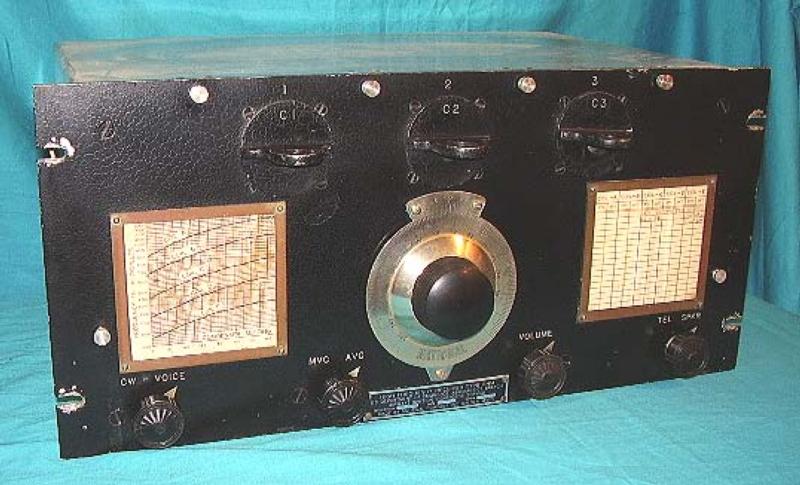 A first-person history by an Airway Keeper's daughter