This short article about the AWA Forestphone was the last one put on the Midwest Classic Radio Net website by for former webmaster George K9GDT before he unfortunately became a Silent Key.

Now that a longer version has been published in Electric Radio magazine I thought I'd include it here as well.

Throughout most of the 20th century AWA was Australia's leading electronics company, providing a wide range of radio, television, and audio equipment as well as broadcasting services. Over that time period the company partnered with other companies including RCA, Thorn, Rediffusion, and others to broaden it's product offerings. But as an Australian company, the Forestphone FP-1 no doubt was it's own creation, a small, easy-to-use, portable transceiver designed for use by forestry crews and similar commercial endeavors back when HF radio was the primary means of communication beyond line-of-sight. According to the seller, the FP-1 I recently acquired was "Originally built for the Forestry Commission in the state of Victoria, the last user of this rig was a gliding club, before gliders and balloonists were compelled to move to the VHF air band in the 1980s. They were also used by mobile bee-keepers, inland waterways craft such as houseboats and dredgers, and local government operators in the inland."

The FP-1 is all solid-state, a big plus for battery operation in the field, and being a mid-1960s design uses germanium transistors, including a pair of 2N301As as the modulator, a transisitor I remember scavenging from hybrid car radios as a young ham! The PA uses two 2N3879 transistors in a push-pull neutralized output stage which uses a toroidal inductor having 11 taps and a second inductor for antenna tuning/matching. Two output connectors are provided with a switch to select between taps that have been set for mobile (presumably close to a 50 ohm load) and as a loading coil for a portable whip. Unlike some similar sets, the FP-1 uses an external battery, which I see as a plus given how often battery leakage causes damage to portable radios. As the pics show, the interior of the FP-1 is very clean and quite interesting to look at, since many of the locally-sourced components look a bit different from the ones we're more accustomed to seeing. The frequency range is 2-5 Mhz

The receiver is a single-conversion superhet that requires a crystal 455Khz above the desired operating frequency and is very sensitive (Under 2µV). Fortunately for me, the radio came equipped with transmit and receive crystals for 3888 Khz, which the seller said was outside the AM allocation in Oz and thus he never was able to use the radio on the air. It took only a slight tweaking of the IF cans to peak it up 3Khz away, on 3885. For transmit, I merely substituted one of the inexpensive HC-49/U crystals from N4ESS, which did not oscillate to begin with. Fortunately again, the radio came with a complete technical manual where I saw that a 33pF cap had been placed in series with the crystal in the Colpitts oscillator, and which was reducing the feedback too much. Bypassing this cap brought the oscillator to life with full output of 12-15 watts with 13.8V supply, or a solid 10 watts from a 12 volt battery. Transmit current drain is as high as 3.8A but the receiver draws only 20ma in standby yet produces lots of audio. For this reason we plan to have the Forestphone "guarding 3885" during next year's Hamvention at Xenia, OH ? so calls on 3885 AM might just be heard!

I found little information about the FP-1 online but the pic shows one with the cover and canvas carry bag which I do not have, as show in photos here with permission of Ray Robinson who was more than a little surprised to see mine at the Dayton Hamvention!

Small AM (and later SSB) field radios like the Forestphone were the mainstay of the Forests Commission in Australia until the mid-70 when VHF took over. But HF still plays a role in remote regions of the world, and when used with a decent antenna, radios like this are still capable of communication over several hundred miles.

In the modern era when satellite communications are available virtually anywhere on earth, it is still fun to remember when HF radio was really the lifeline for anyone more than line-of-sight away from civilization and to recognize the trials and tribulations of that form of communications by restoring and using this equipment on the ham bands.   Here's a 30 sec. video from Vkthreepi doing exactly that!    WATCH 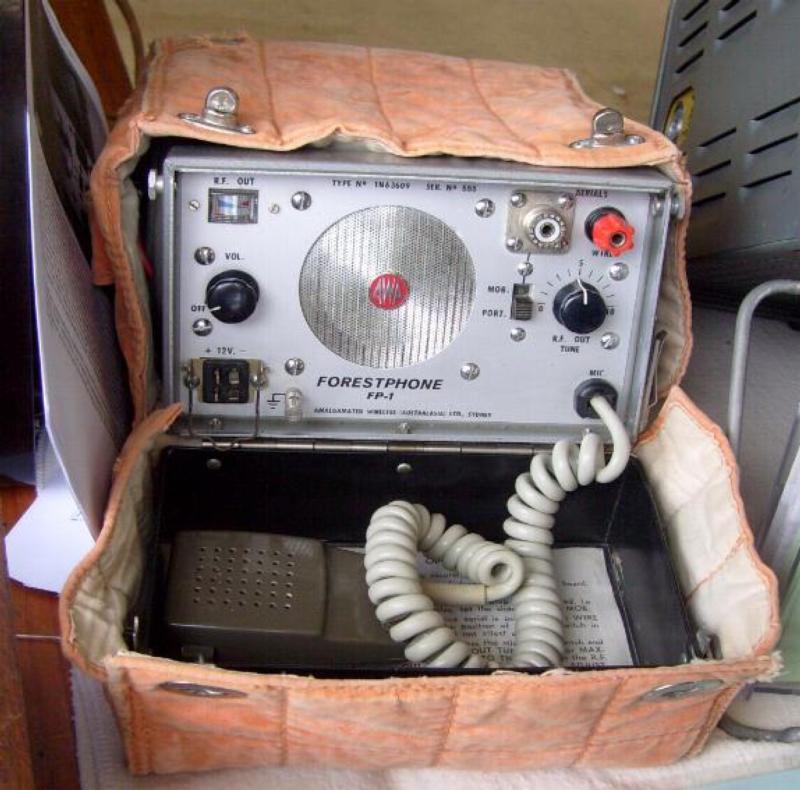 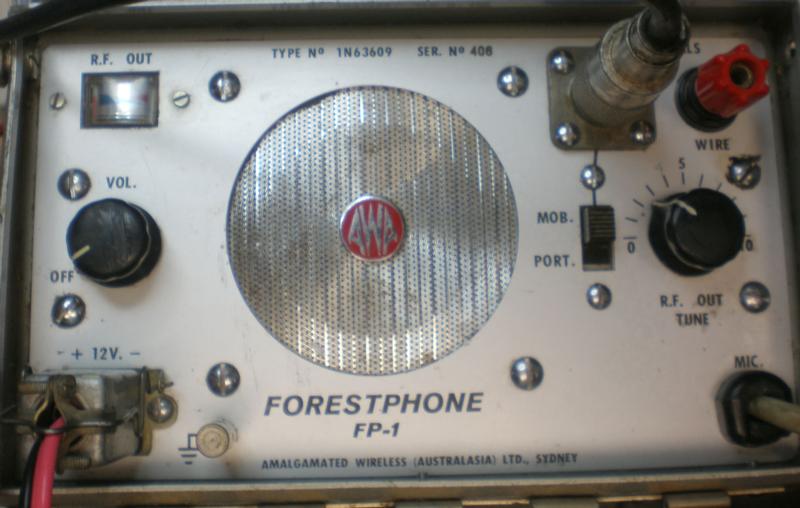 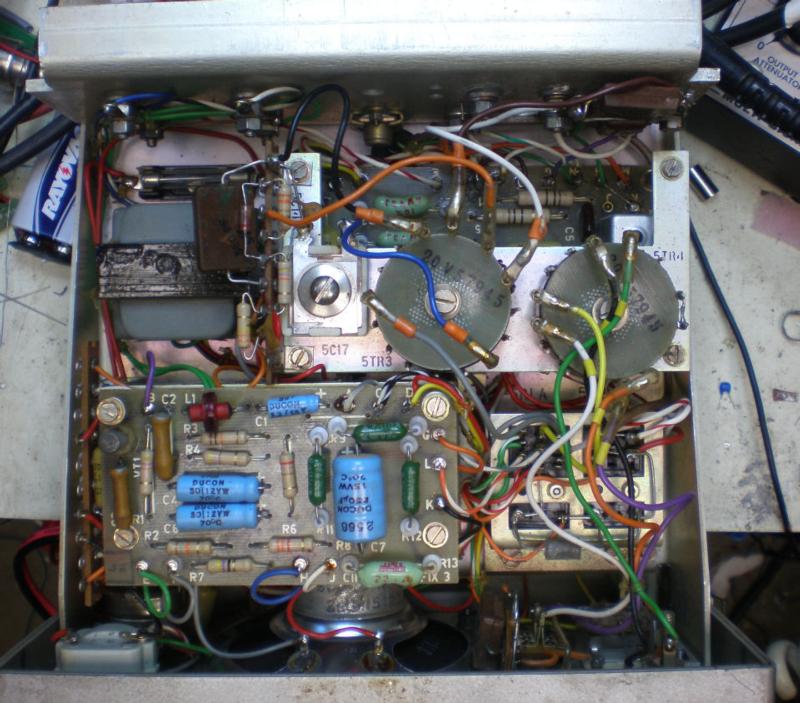 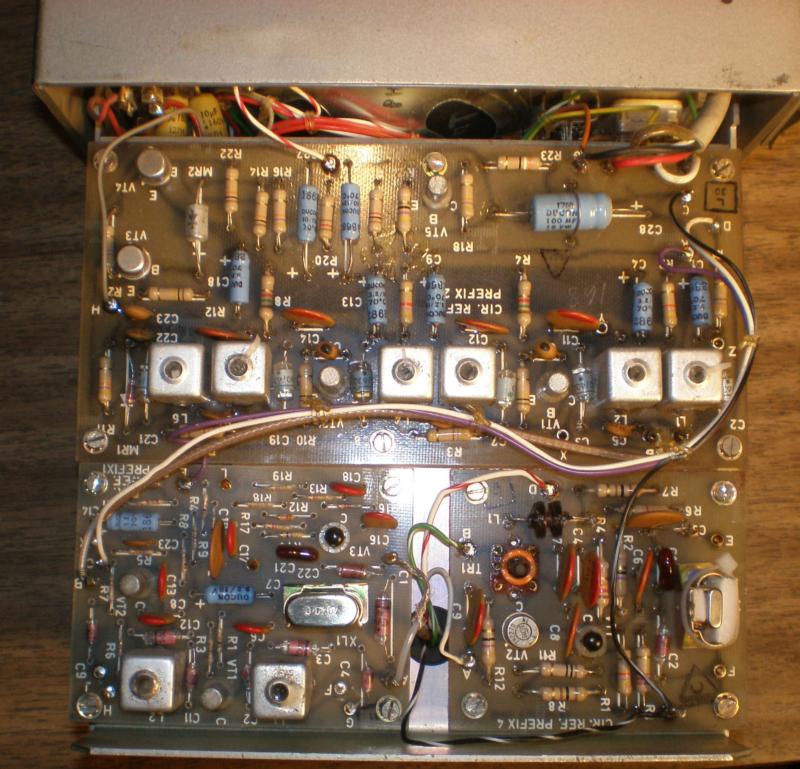 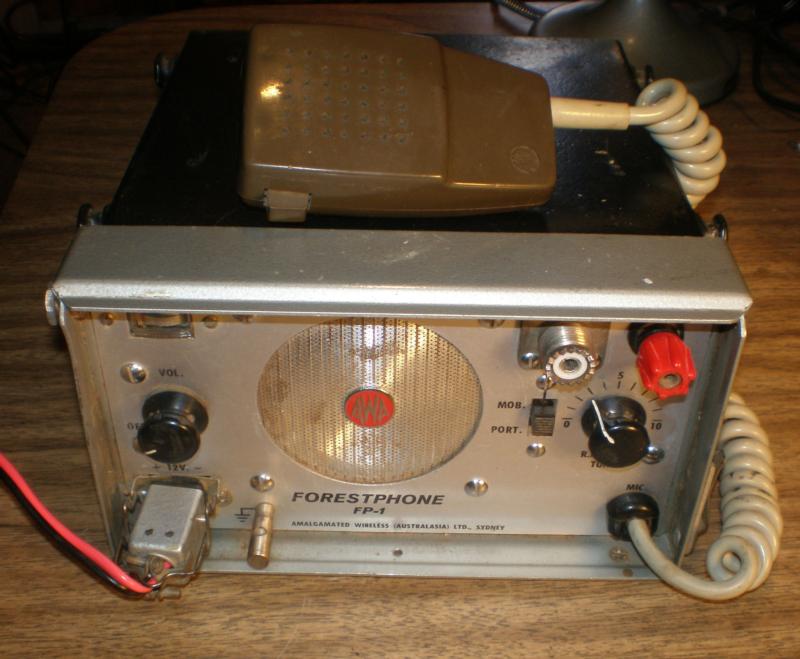 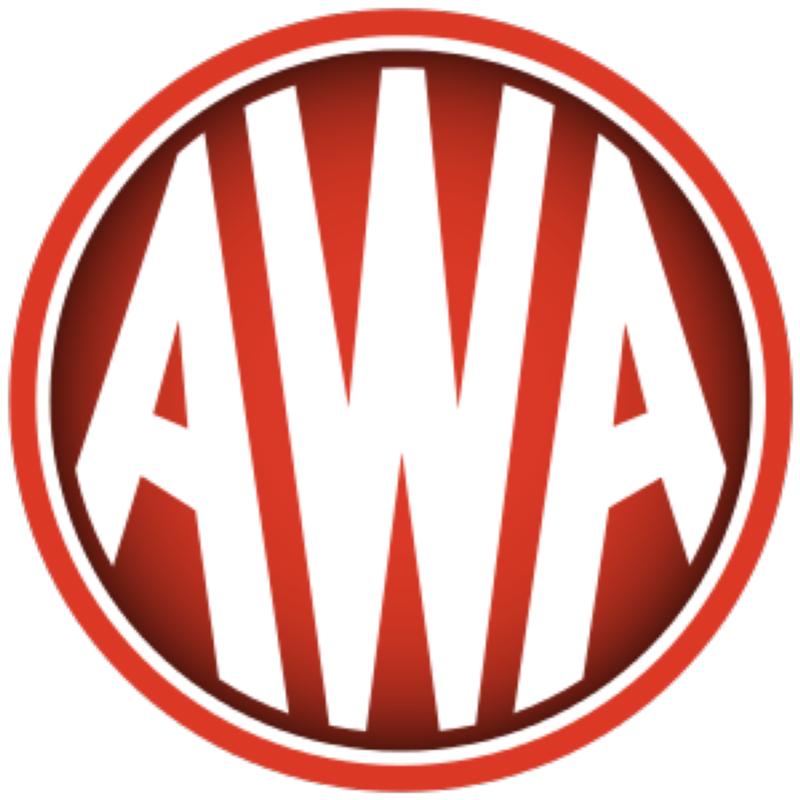