The internet knows a lot about ham radio history, but not so much about a company that everyone recognizes:   The American Elecronic Company - AMECO.

At some point in it's 50 year history, AMECO was acquired by Aerotron, which also owned Hammarlund, and only published a Rawleigh NC address.  But historically the company had a manufacturing presence in one of several light industrial buildings in Mineola NY on Long Island.   AMECO continues today as http://www.amecocorp.com/ - a sister company to Morse Express and Oak Hills Research.     According to the website, "Ameco Corporation was started almost 50 years ago. The Corporation is now owned and operated by Richard Mintz, President."     The address given is a residence in Williston Park, NY, not far from Mineola, and present products include  highpass and lowpass power filters, transmitter test loads (dummy loads), study tapes and disks to learn morse code, transceiver preamplifiers, antenna signal boosters.

Those who have been hams for a while may well have encountered AMECO early in their ham careers, by using their Morse code learning aids or code practice oscillators.    The first CPO I used was loaned to me by my trumpet teacher (I had much more affinity for code than music) and I also remember learning it had a hot chassis!    Later hams benefited from the solid state model, and code tapes as well as LP records and AMECO study guides.

For many, the name AMECO is synonymous with "converter", as they were the least expensive and common way to get on VHF.   Easily recognized by their copper-colored chassis, I've included photos of the AMECO converters for 6 and 2 meters even though I've never actually used one.   The later CN series used nuvistors for higher performance.

My dad and I were licensed in the mid-60s through a club in Nebraska that used 6 meters as the club frequency.     We were one of the few club members that had a bandswitching 6 and 2 meter station with the AMECO TX-62 transmitter and later, the VFO-621 VFO.    With the power of it's 75 watt input and the red-hot band band conditions in the late 60's, we could work every station we could hear (which was done with a Johnson 6N2 converter ahead of my SX-110 novice receiver,  rather than AMECOs!)   I still have both and plan to put them back on the air someday.

Without a doubt, the people at AMECO would be shocked at the premium prices their little entry-level AC-1 transmitter commands in the 21th century.   AMECO provided the accessory items that major manufacturers did not offer, so they earned a consistent place in the Allied Radio and other distributors catalogs, and someone probably thought "Hey, why don't we offer a little transmitter that won't compete against the big boys?".   Novices looking for a low-cost way to get on the air purchased the AC-1 and because it was a solidly-designed transmitter that worked well.  And because of that, many survived the decades on a shelf or in a closet and now are coveted by collectors who recall those nostalgic times.

Despite owning the TX-62 and AC-1, there was one AMECO transmitter that always intrigued me:   the diminutive TX-86, 80 through 6 meter AM/CW rig.   Even though it didn't have a built-in power supply or a VFO, I always thought it was cute and because it was much less common than a Heathkit or Knight Kit, I grabbed the first one I saw for sale at a hamfest.      Since all I'd seen was the black-and-white photos in catalogs,  I was surprised to see it had a copper-colored panel and was even smaller in person than in the catalogs.    Even though it was well featured in major catalogs for years, it doesn't seem to have been very popular, so it's pretty rare today.

The TX-86 uses the same modulation method as the TX-62, which was described as "DUO-GRID modulation".   According to AMECO:  "It is not clamp-tube or controlled carrier modulation but a far superior system with quality that cannot be distinguised from push-pull plate modulation, even with an oscilloscope".   It was also designed to be capable of mobile operation using either  6 or 12 volt power and from 300 to 500 volt high voltage.     A switch on the back panel allows selection of either high-impedance or  carbon microphones.   I get good audio reports using a high impedance mic and about 35 watts carrier output.    The TX-86 is compact and reflects high quality components and construction - for example 14 sheet metal screws are used to hold the cabinet and chassis together and ensure proper grounding.   The photos show the compact design and the quality of the coils, as examples of what you got in a transmitter that sold for $90 in kit form.

My TX-86 station includes a National "Cosmic Blue" NC-270 receiver which was on the market at the same time.   As usual, one of my VERSA-TRs  is the glue that makes it all work together.     But I plan to try out another AMECO product:   the R5 receiver.    While sold mainly as an entry-level general coverage receiver, I want to see how the R5 does on 75 meter phone to make an all-AMECO station, including the SWB/BIU  SWR meter.

I haven't made a point of collecting every piece of equipment AMECO made, but without trying I seem to have come pretty close.   The one item I've never been interested in is the PT series preamp.   Who needs a preamp on HF?    Well, maybe on the higher bands it would really perk up an older receiver so they could be in demand when the sunspots return.

It would be interesting to know more about the founder and history of AMECO, a small company that found a way to exist as a ham radio equipment manufacturer for over 50 years.   Perhaps their biggest contributions were the code and theory courses, technical books, and Morse code learning aids the company produced that without a doubt were instrumental in bringing thousands of hams into the hobby. 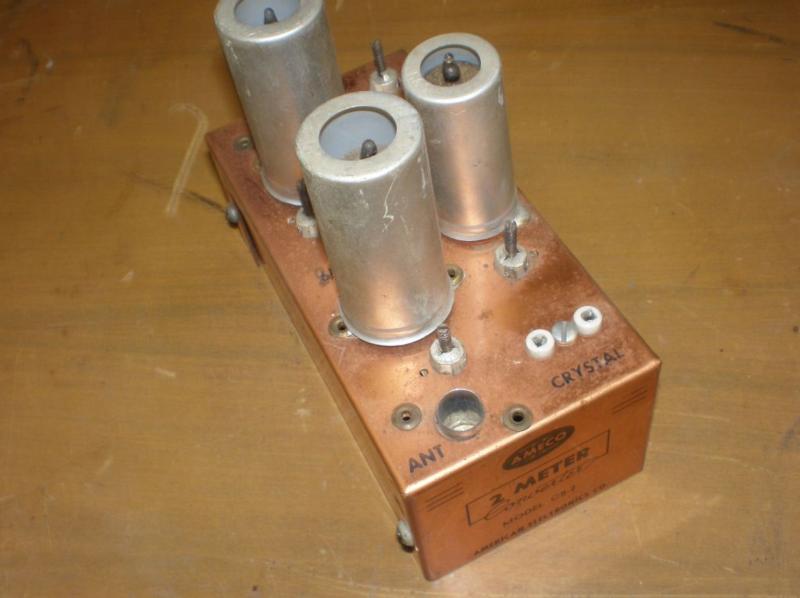 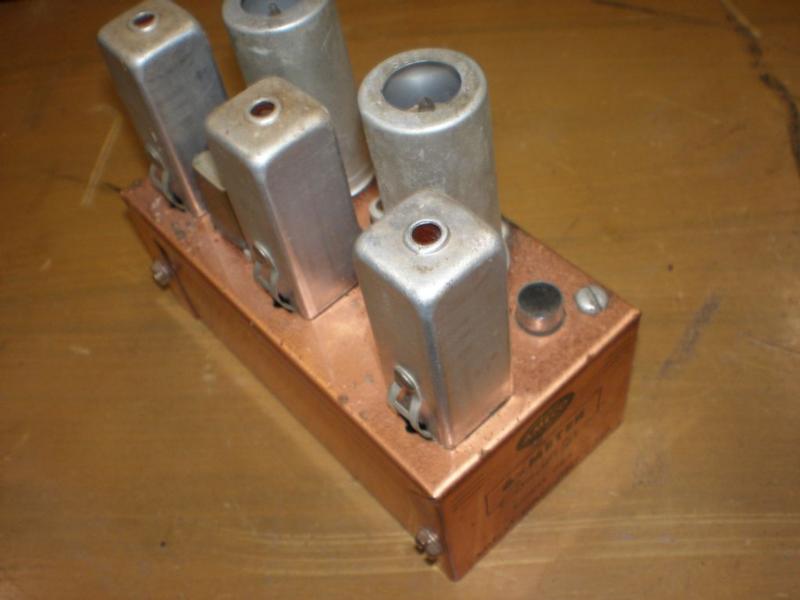 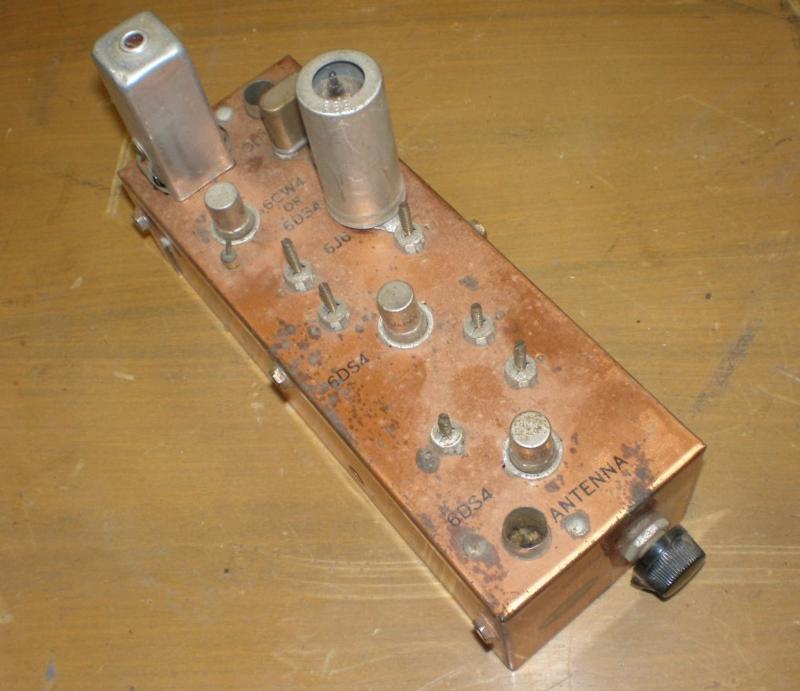 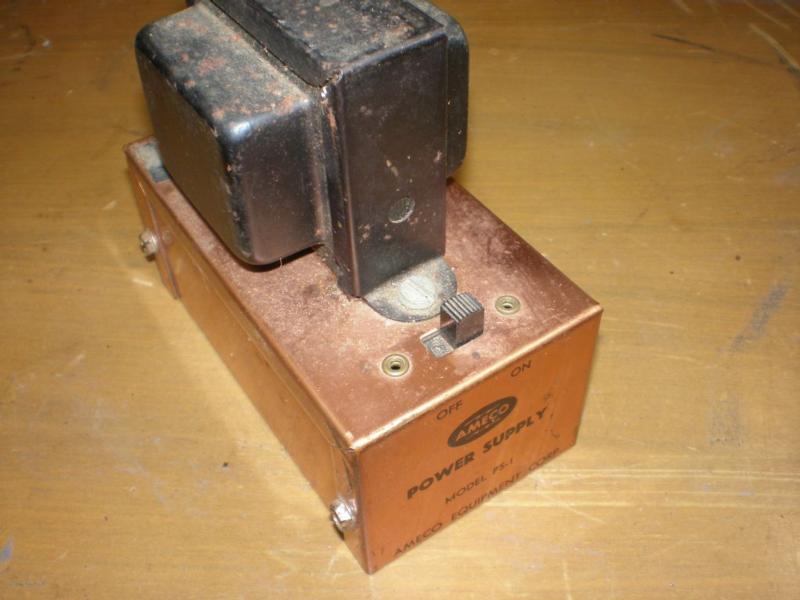 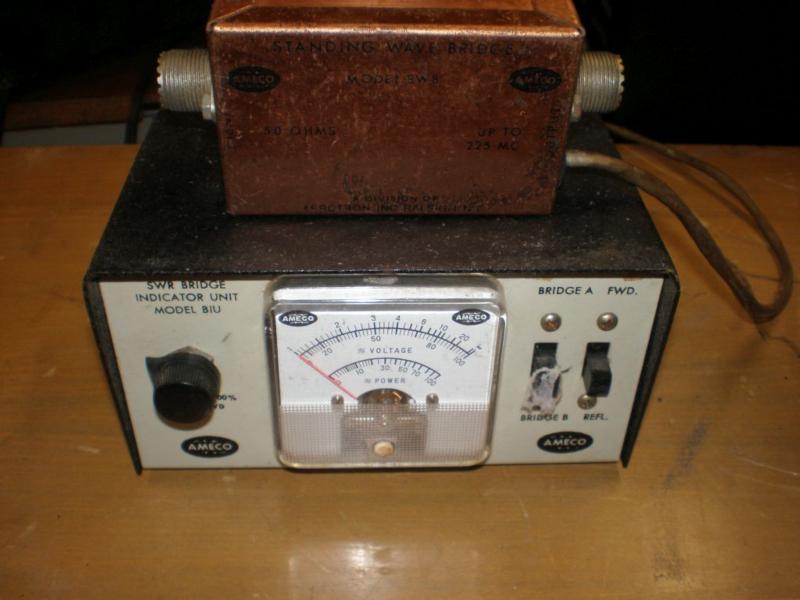 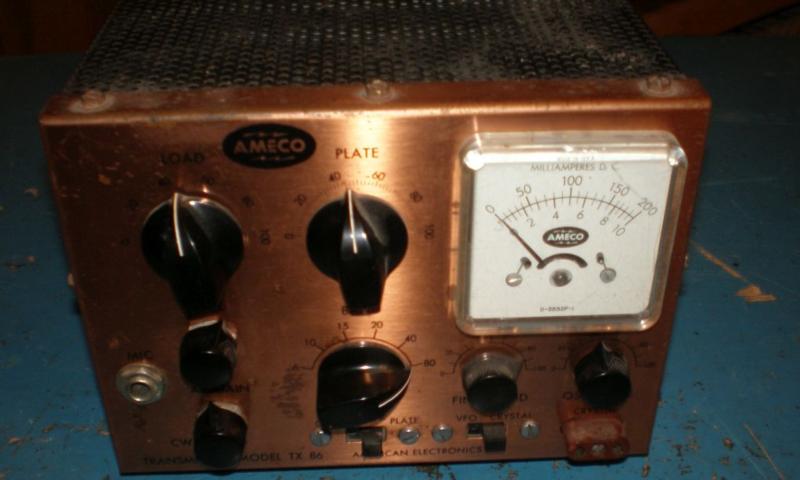 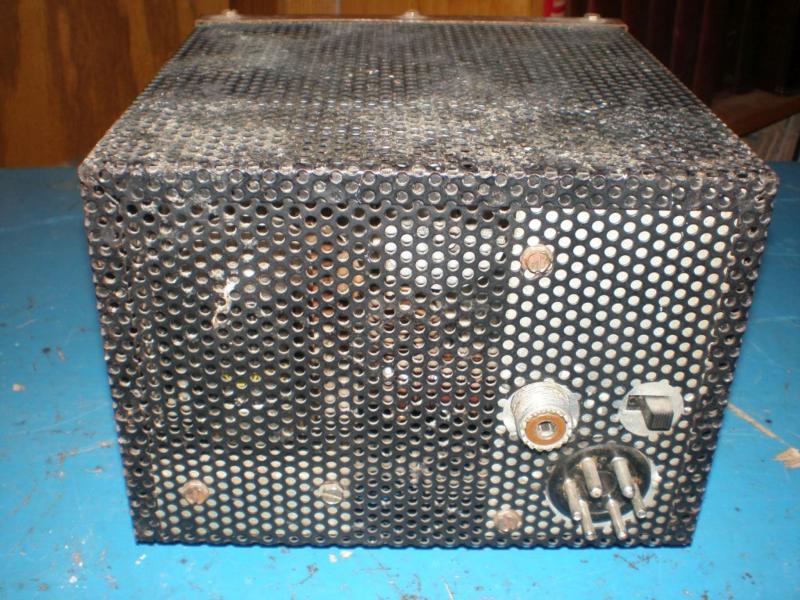 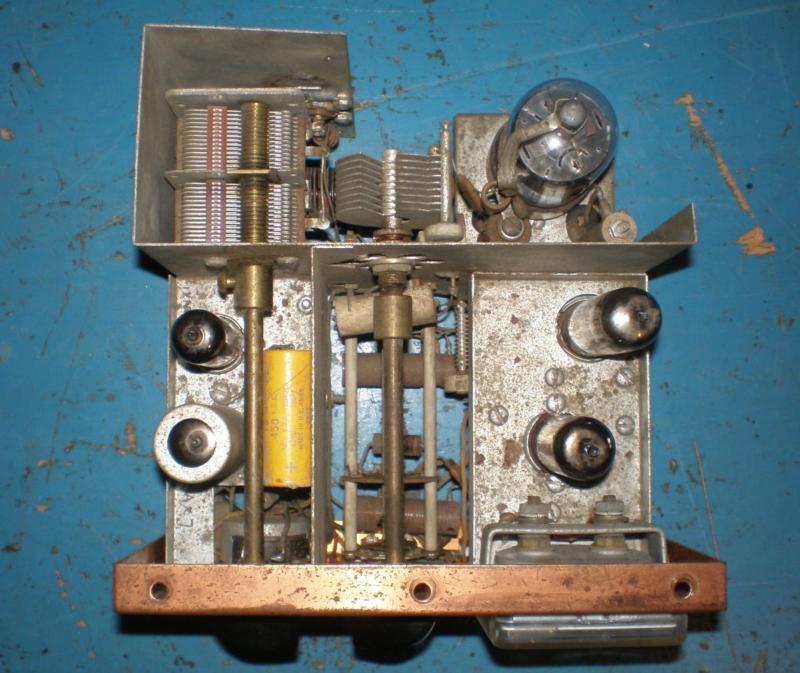 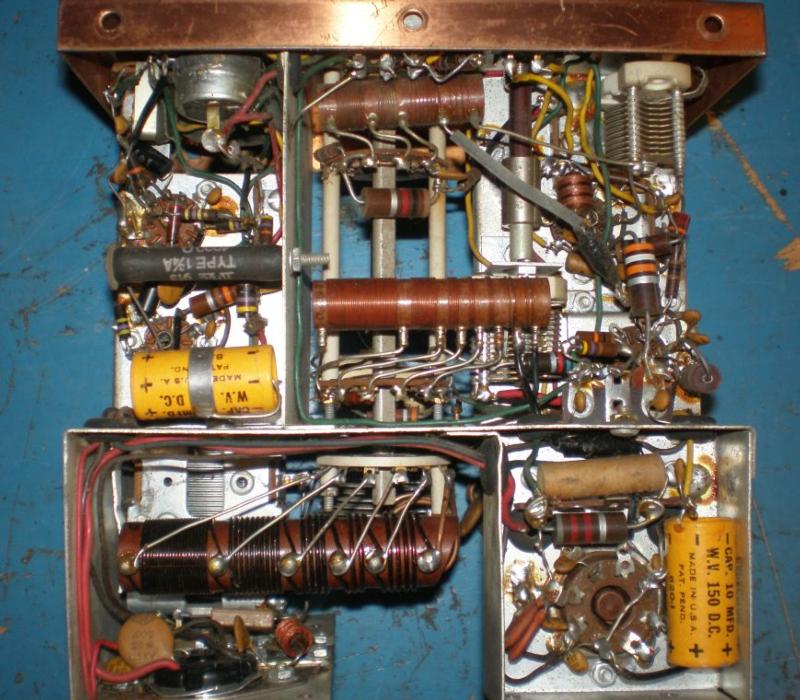 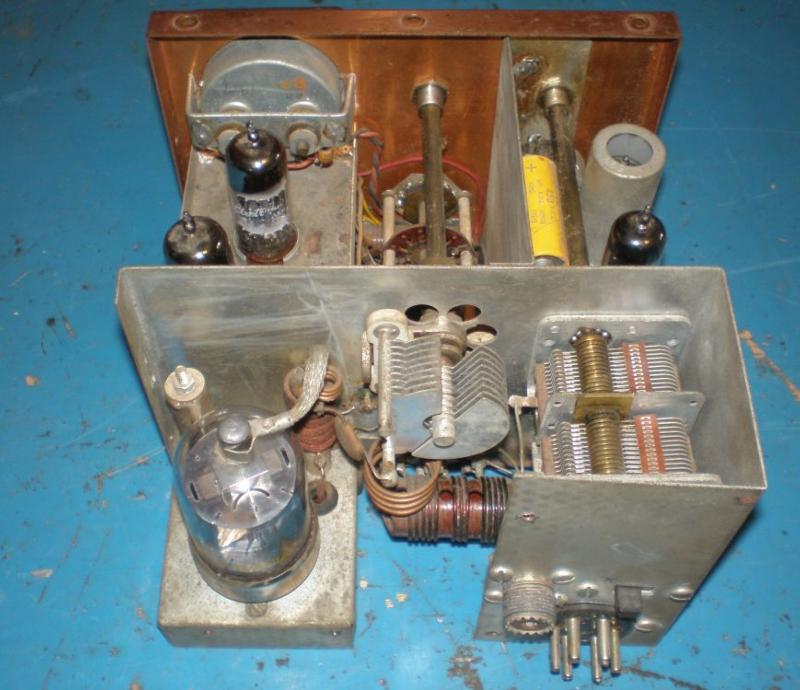 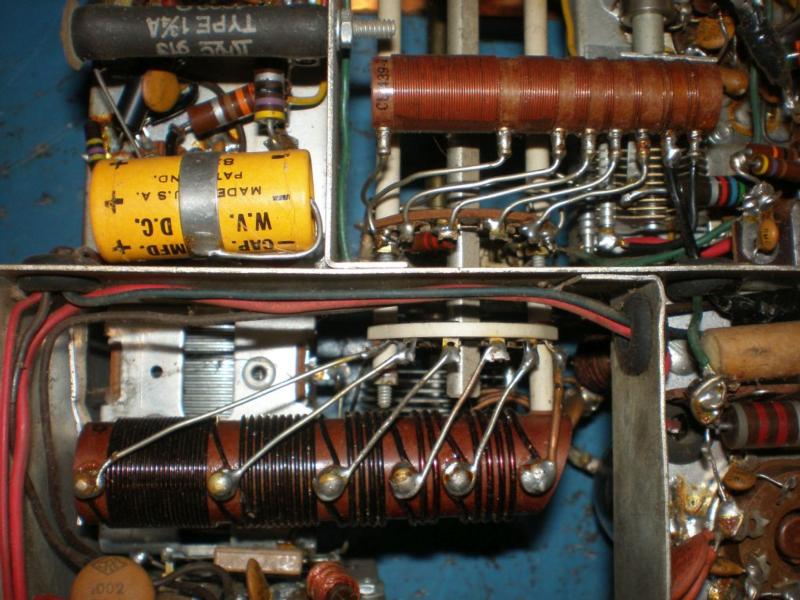 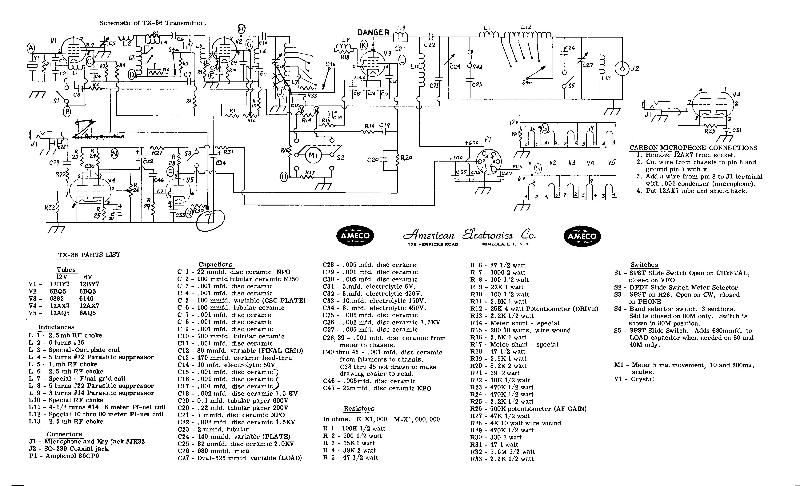 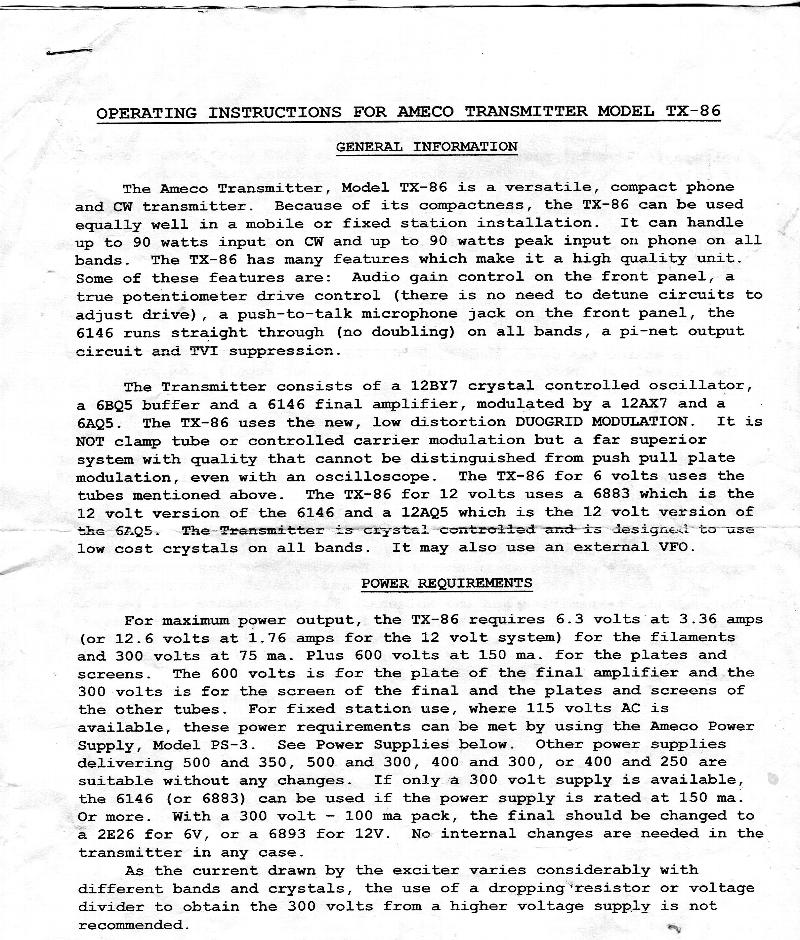 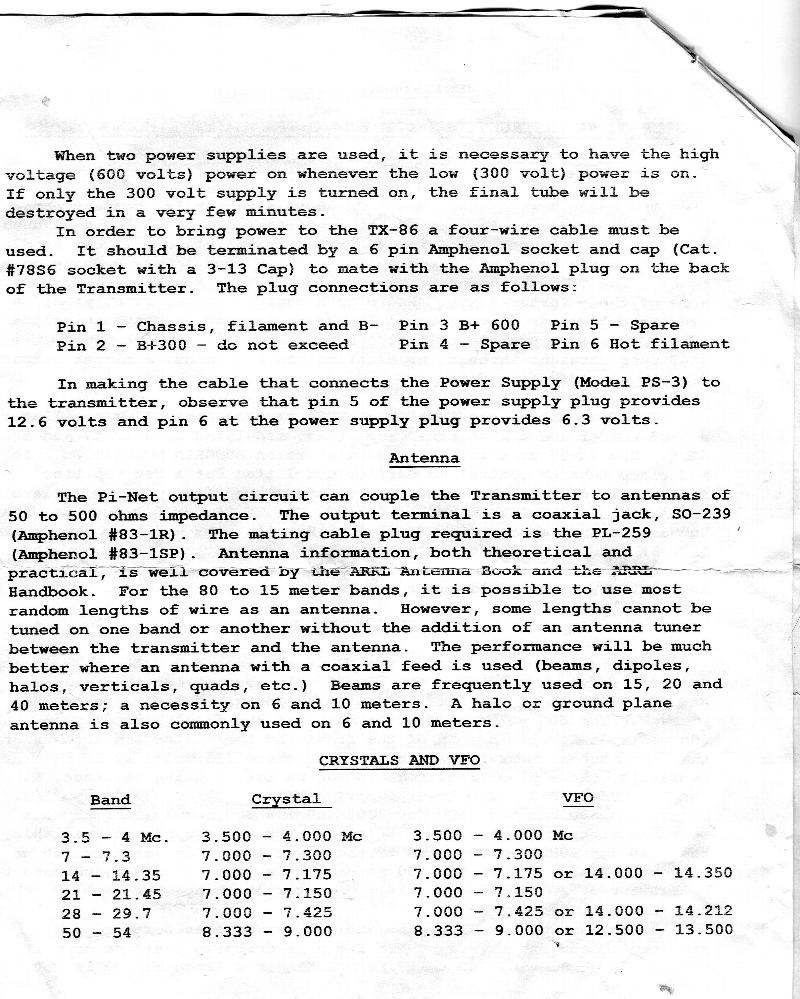 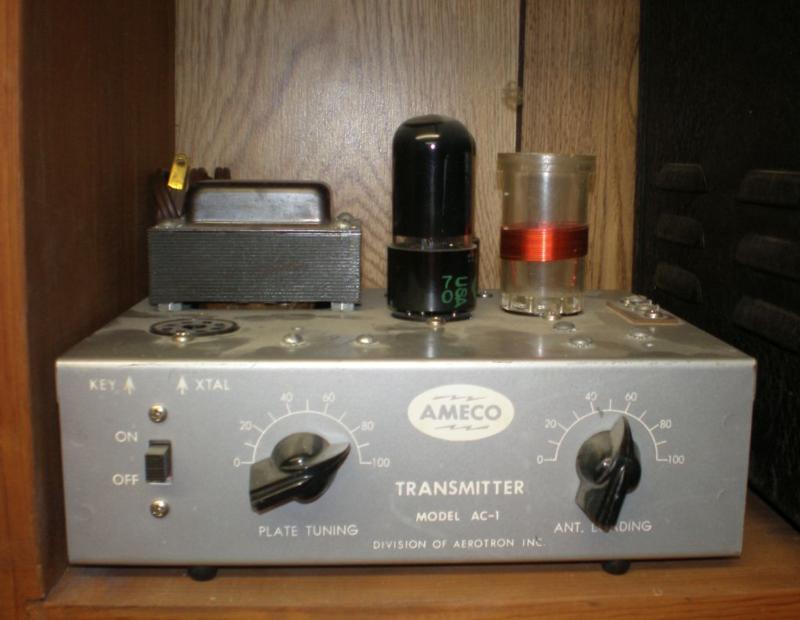 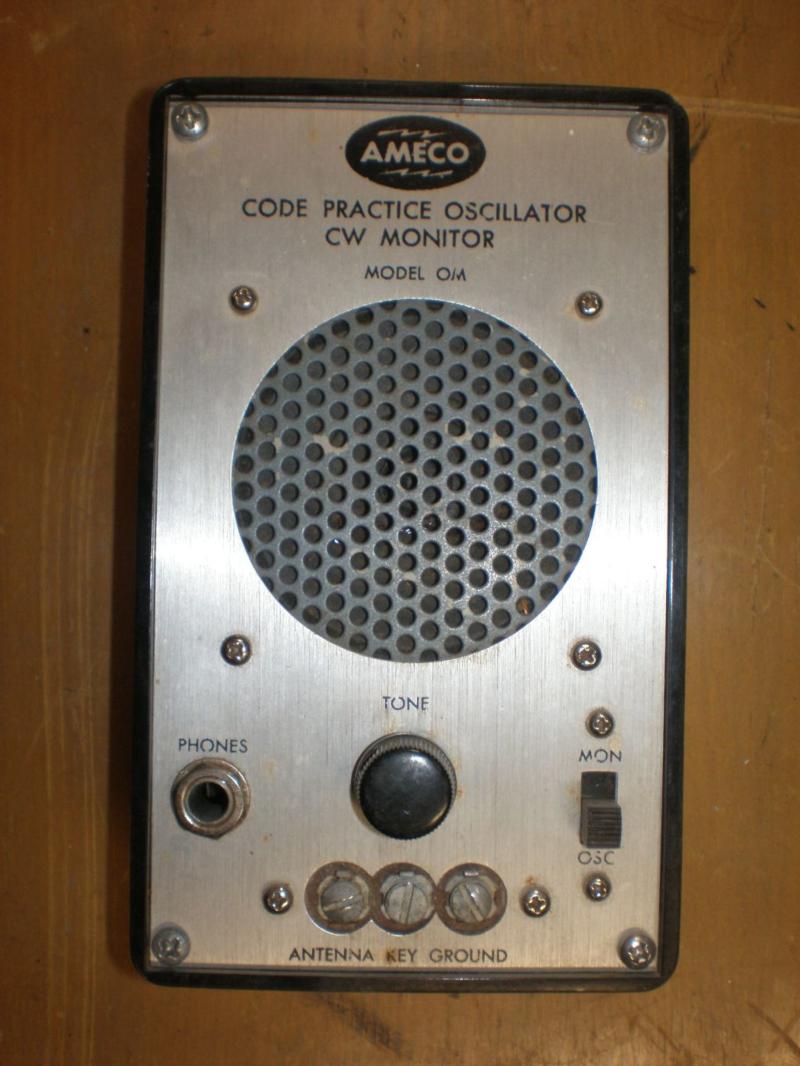 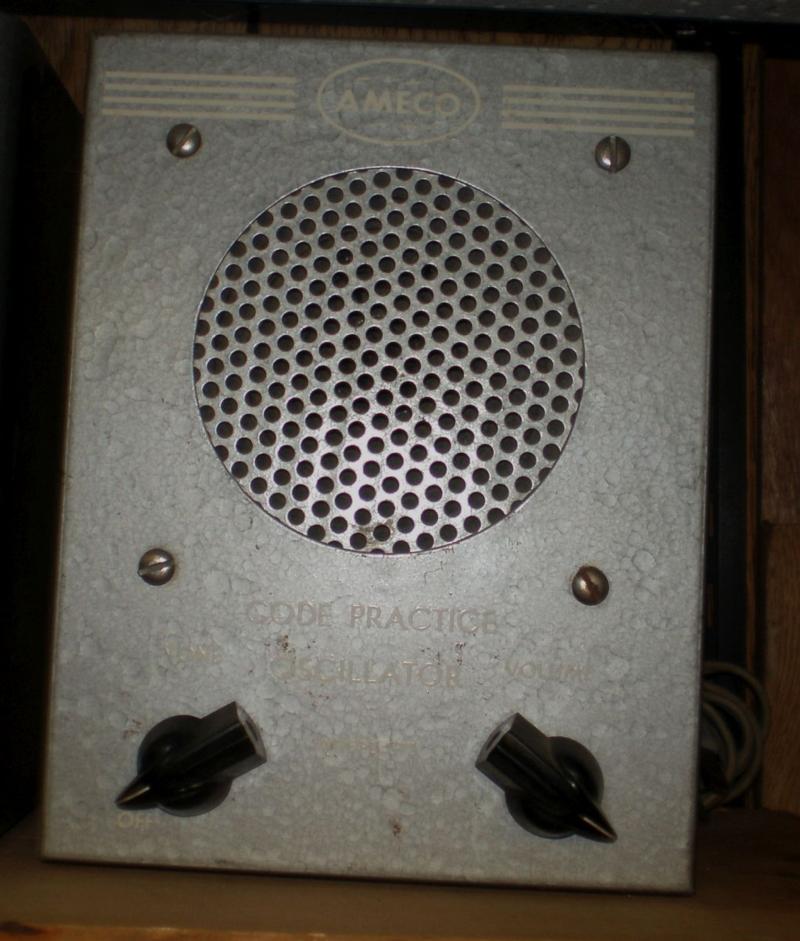 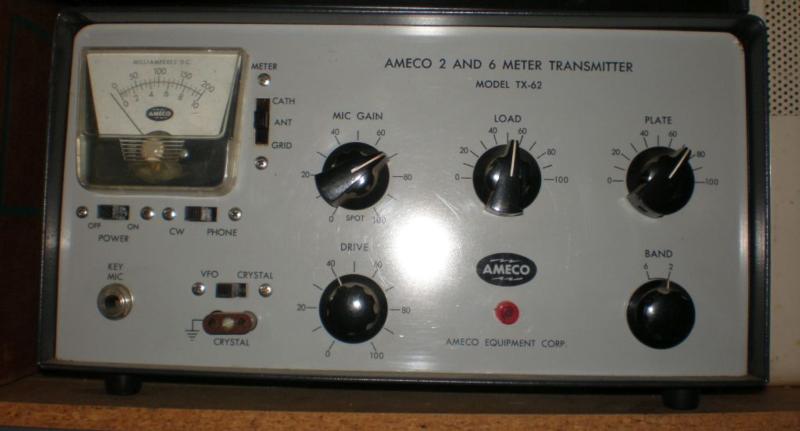 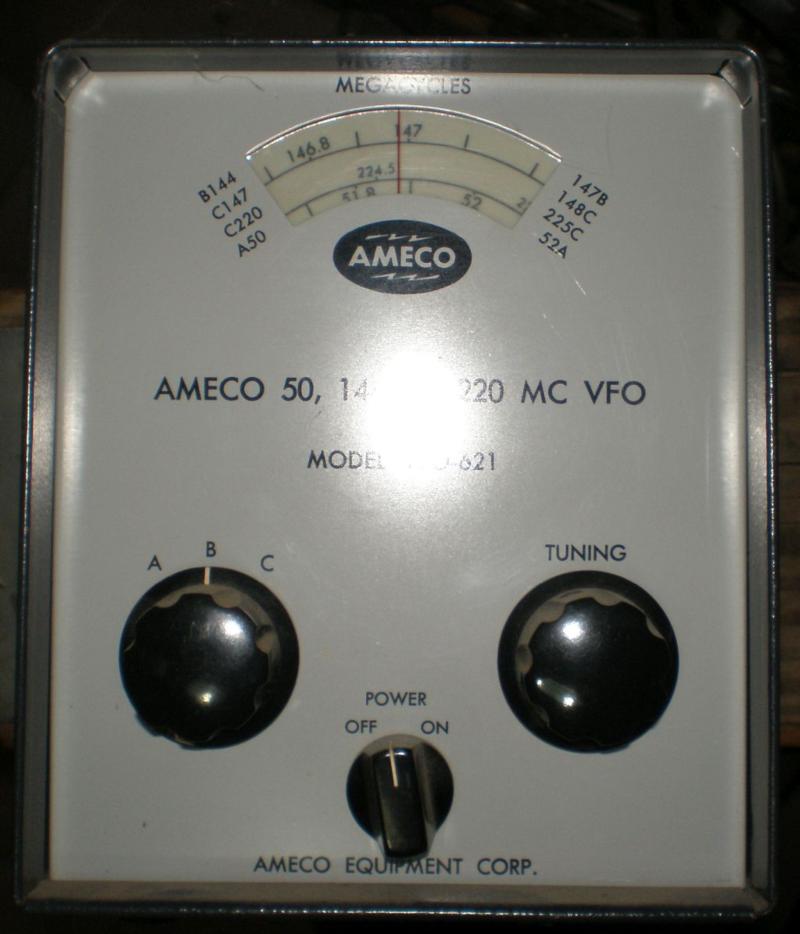 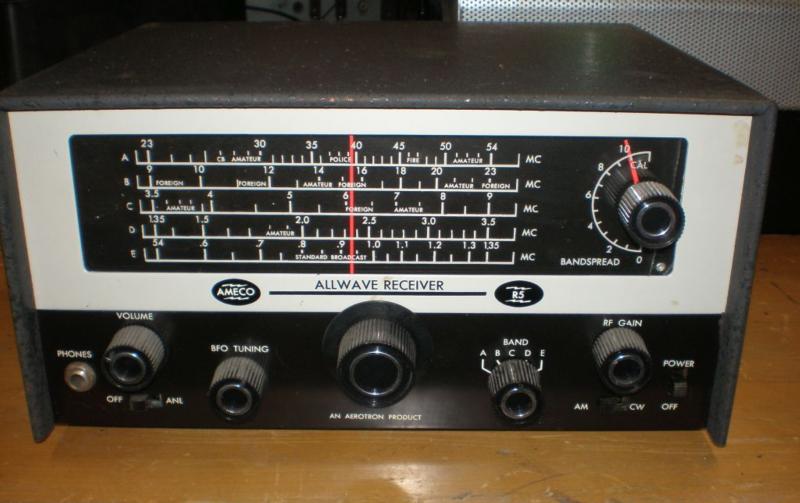 AMECO - one of the forgotten ham manufacturers?