A tribute to Gus Undy W8YNC

Elmac aka Multi-Elmac was actually the Multi-Products company after tube maker Eimac complained that their original name was too confusing.  Most hams just call them Elmacs anyhow!

The company was started by Cletus Collum in 1947 to commercialize his design of a radio-controlled opener for garage doors and gates.  That product still lives on through the Stanley Company and it's successors.  Of course the ham product lines ended with the end of the AM era, even though the company was a fairly significant maker of early CB radios in the 1960s.

It's worth taking a moment to remember the designer of the first "Mighty Elmac", the A-54 transmitter, in 1952.  Rather than summarize his life, here's a snippet from his 2013 obituary that does a nice job of it:

"Gus was a man of his times. Born in Hungary in 1920 shortly after the Spanish flu
epidemic, he immigrated to the U.S. with his family as a toddler and spent his 3rd
birthday at Ellis Island. He spent his young childhood on a Pennsylvania farm during
the great depression, and was in Detroit, Michigan during his high school years. It was
there that he was able to begin indulging his fascination with radios and electronics. He
graduated from Cass Technical High School in Detroit in 1939 and went on to work
at Weltronic during the war years. During WWII, his work at Weltronic was deemed
necessary to the war effort and kept him out of the armed services and traveling the
country trouble-shooting problems with welding controls. It was at Weltronic that he
met the love of his life, a “wonderful girl”, Thelma McKeon. They married in 1942.
He became a U.S. citizen at the age of 25. When his deferment ended in 1945, he was
drafted into the U.S. Army where he served with honor at Fort Sheridan, Illinois.

Gus's independent and creative attitude shaped his life. Returning from the service, he
built a radio control for his garage door opener. This became the prototype that launched
his own company, Multi-Elmac, where he spent the rest of his working career. In 1950
Gus built the house he and Thelma raised their children in. He was active in the Detroit
Knights of Columbus. He was a ham radio operator (W8YNC)."  Gus became SK at age 93. 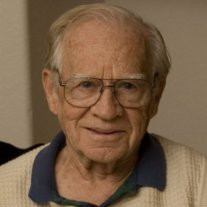 Elmac was a small company and one neat bit of ham history can be seen below - Gus's initials in the title block of the A54-H schematic...which he drew himself!

The A54 came in two flavors:  the plain A54 had a 6C4 speech amplifier wired for a carbon mic, which was probably the better choice due to the inherent "punch" the carbon mic gave to a low power AM signal.  But most hams preferred the A54-H which swapped the 6C4 for a 6AU6 pentode for extra gain to drive the modulator with a high impedance crystal or dynamic mike.    Many hams did the conversion themselves, and in the case of mine, stopped about halfway through.   My A54 was not fully "H-ifiied" as while the 6AU6 speech amp was present the modulator output was still wired the original way.   As the schematic shows, the "H" model used the second set of contacts on the PA on/off switch to short the secondary of the modulation transformer when the PA was off.  That seems like a really good idea since the modulator remains fully powered up when spotting with the PA off, and high voltage transients caused by inadvertent mic pickup could have easily damaged the mod transformer.

I completed the modification and made other changes and updates.  A previous owner had replaced most of the old electrolytic capacitors but made a few errors in the process.  No one had ever added a mic gain pot on the input of the speech amp, without which it would go in to extreme audio oscillations.     The official method evidently was to drill a hole in the panel cover and add the gain pot there, I just went with a small trimpot under the chassis, figuring it would be a set-and-forget adjustment as long as I didn't switch mics too much.

Speaking of vintage mics, I found a Shure 55S had a problem, click here for my simple fix.

The design is very straightforward.  Two separate oscillators are used for crystal or VFO control and the switch selects between them.  The buffer is broadband enough that tuning is not critical to obtain sufficient drive for the 807 final and no one every went wrong with a pair of 6L6s as a modulator!    The fact that many A54s can be heard on the air is tribute to Gus's conservative design and selection of quality components.

After the conversion was complete and the A54-H was producing 20-25 watts output with good modulation I decided it would make it's debut on the Mighty Elmac net where it was given a 20-over-9 signal report from net control WA6GYC in Troy MI, 330 miles away.  Not bad for a low-power AM rig from the 1950s!

The companion receiver for the A54 was the PMR-6 and I've used them but the selectivity is broader than desirable for a crowded band so I opted for the Pierson-Holt KE-93 instead.   These are true communications receivers in a very compact package and having the power supply/speaker accessory make it easy to use on AC power.

One of my VERSA-TR RF-actuated antenna relays was used to simplify operation.   Since the Elmac PSA-500 has a set of normally-closed switch contact I'm using them for speaker muting, although the VERSA-TR can do this as well.   I may change that around if/when I reconfigure the A54-H to drive an amplifier.  And since there's no PTT relay I rewired the mic jack to have audio on the tip rather than ring contact so I can use vintage mics with a 2-circuit plug.

It ain't "heavy metal" but it makes for  a pretty snazzy-looking set up I think! 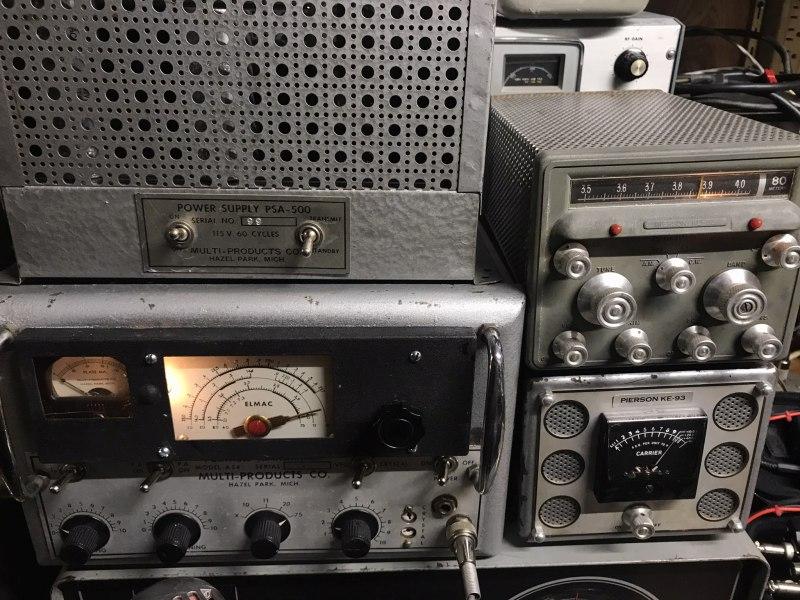 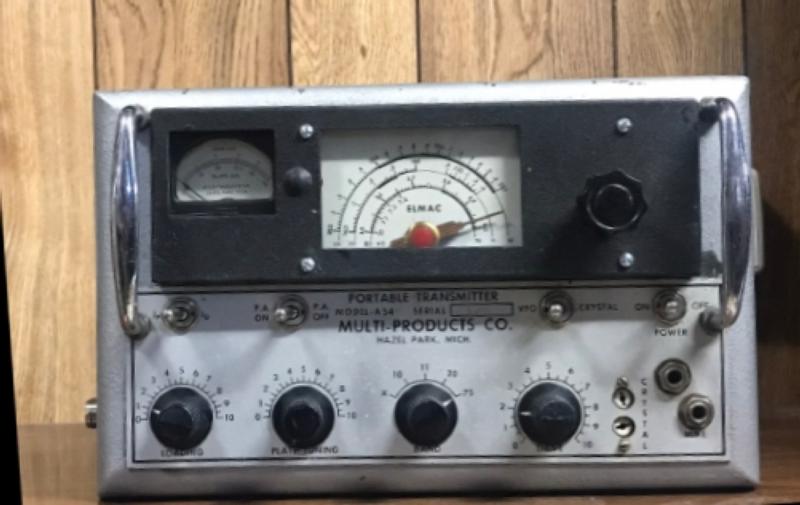 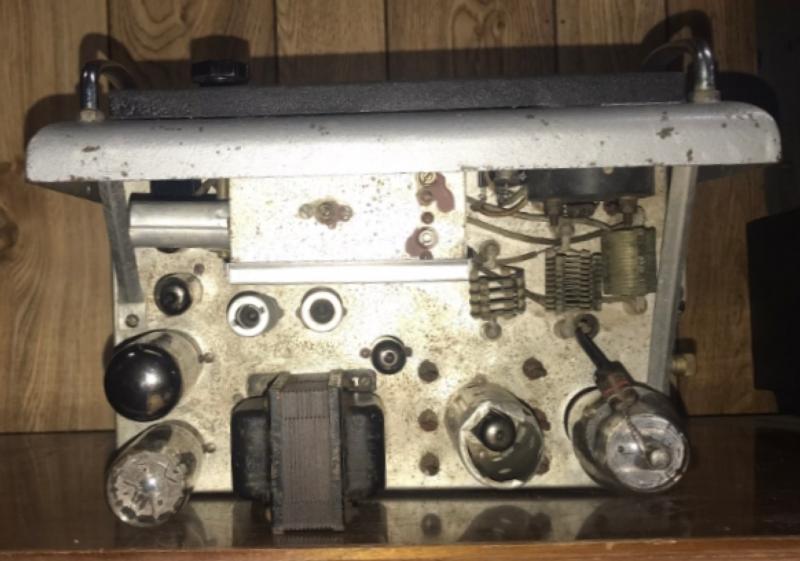 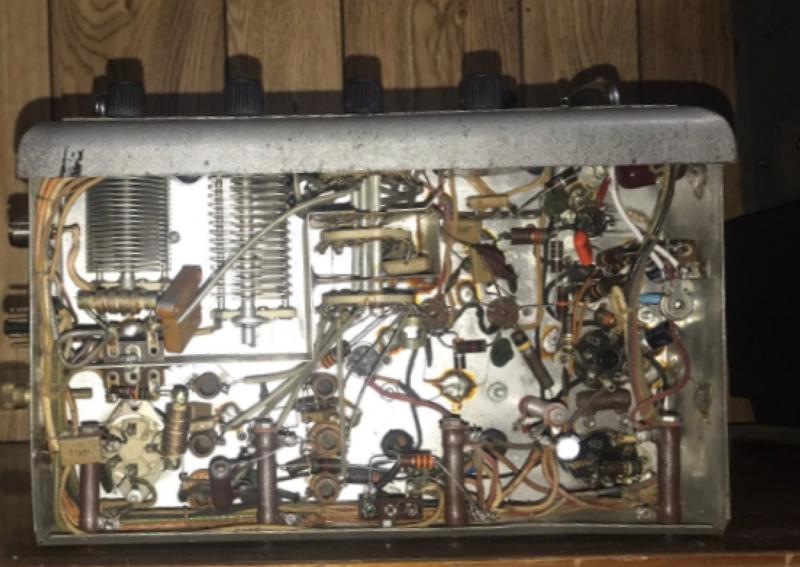 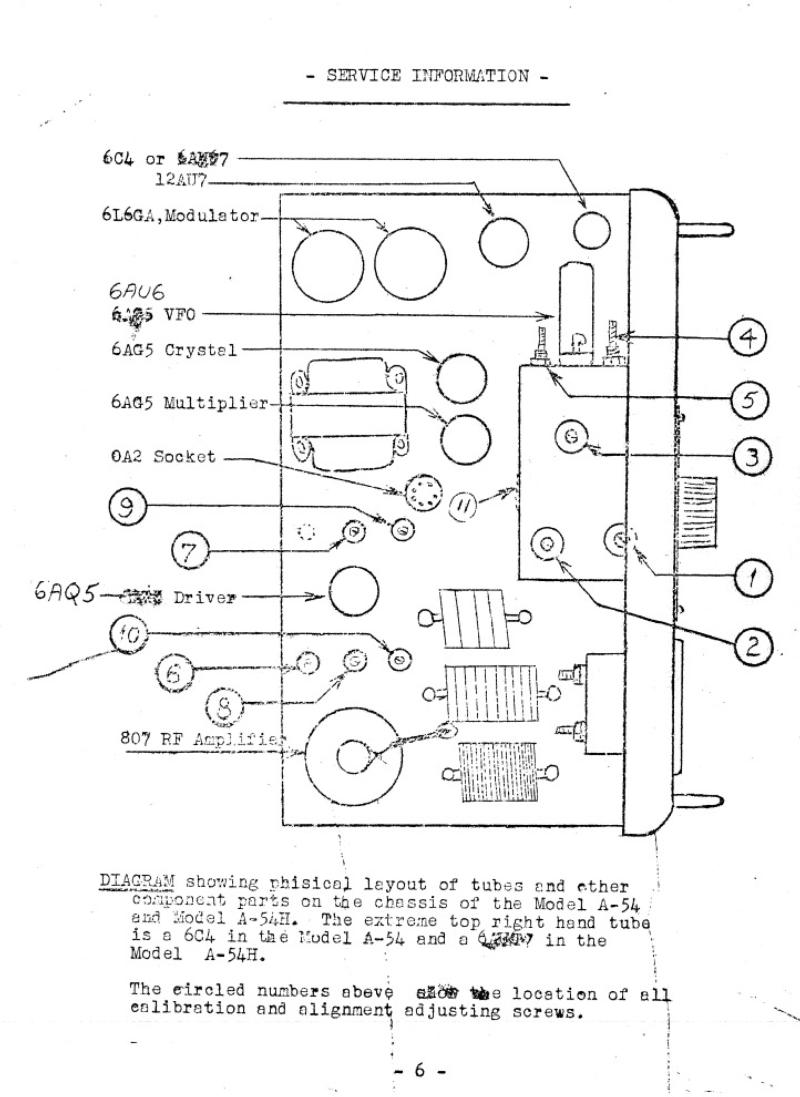 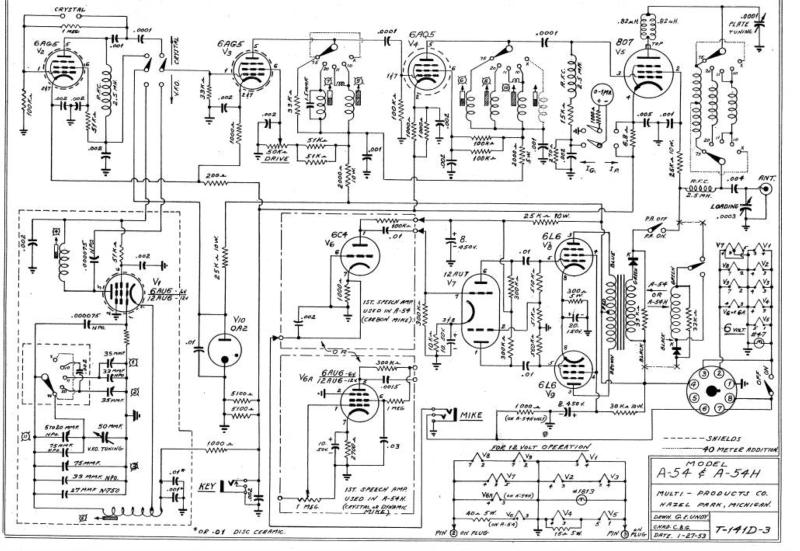 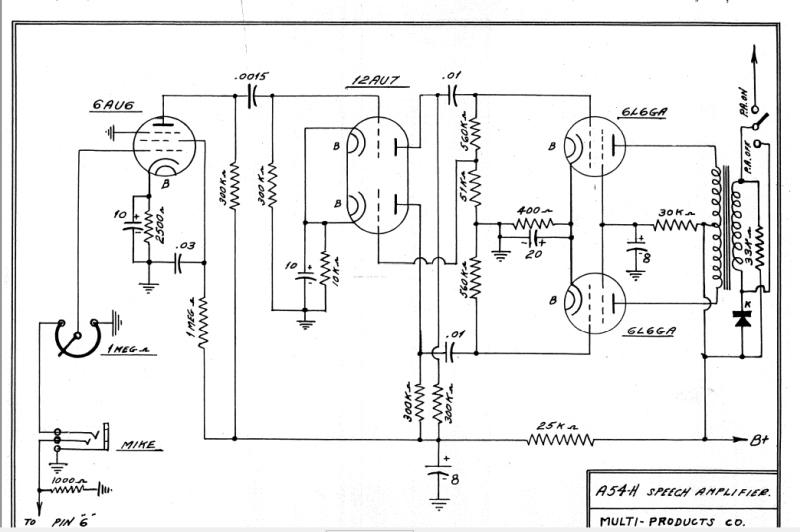 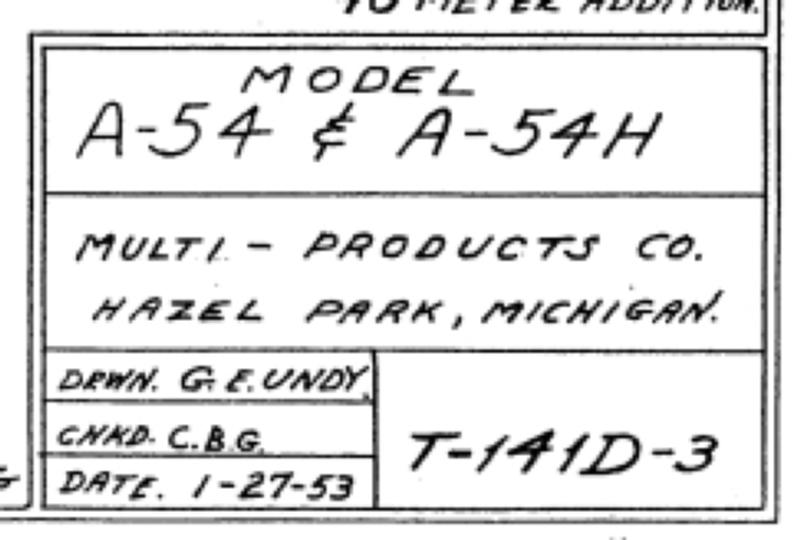 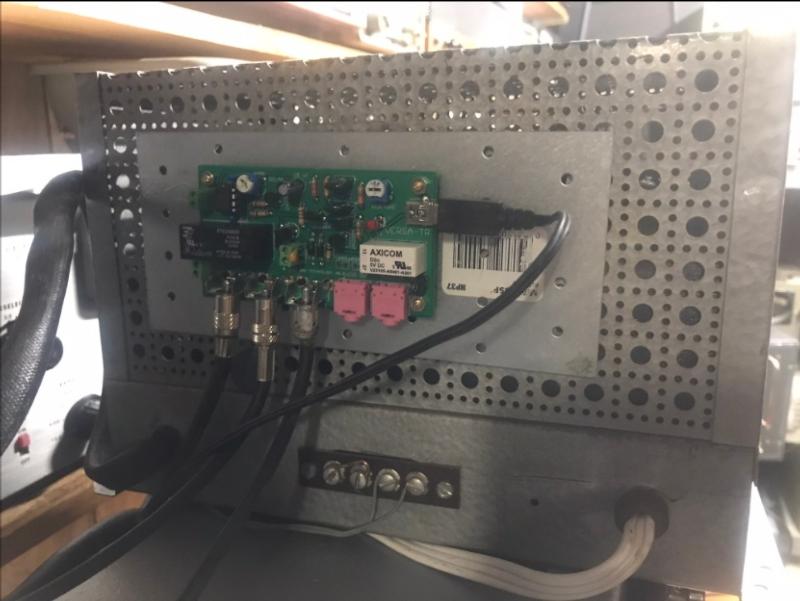