made by JAARS for Wycliffe Bible Translators

In 1917 a missionary named William Cameron Townsend went to Guatemala to sell Spanish Bibles. But he was shocked when many people couldn’t understand the books. They spoke Cakchiquel, a language without a Bible.   He believed everyone should understand the Bible, so he started a linguistics school (the Summer Institute of Linguistics, known today as SIL) that trained people to do Bible translation. The work continued to grow, and in 1942 Cam officially founded Wycliffe Bible Translators.

To support this effort, Townsend also founded  JAARS, originally an abbreviation for "Jungle Aviation And Radio Service", saying “Airplanes and radios don’t just make translation easier; they make it possible.”    JAARS mission was to provide local and sustainable solutions in transportation, technology, media, and training, and in the early 1960s, that meant low powered AM radio transmitter-receiver sets that could be used in remote parts of the world without even AC power.   The JAARS fleet of aircraft along with its mechanics and skilled pilots were essential to moving missionaries and supplies in and out of some of the most remote areas of the world, and reliable HF radio communication was vital to carrying out that mission.   It's for this reason, I believe. that JAARS opted to design and build it's own radios - to have complete control over quality and support after they were deployed in the field.

James Vincent Baptista, who would go on to become a long-time JAARS leader, was born on February 9, 1928 in Evanston, Illinois.   According to his 2020 obituary, he was a precocious, inventive child who built a working zip-line and burglar alarm at the age of five. He developed a love for and knowledge of all things technical and mechanical. He graduated from Illinois Institute of Technology and Moody Bible Institute, where he helped to found Moody’s aviation program.

In 1954, Jim and his wife Betty began a lifelong ministry with Wycliffe Bible Translators. Jim flew and repaired small planes in the Amazon jungles of Ecuador and Peru. During this time, Jim invented and produced the first transistorized short-wave two way radio. His invention, which he called the Pioneer 530, made life much easier for the missionaries with whom he served.   Jim and his family moved to Papua New Guinea in 1961 where he built the aviation program for JAARS (Jungle Aviation and Radio Service,) the technology and transportation branch of Wycliffe Bible Translators.

Along the way,  JAARS moved it's headquarters to a donated property in Waxhaw, SC and one of the operations there included an assembly line for building the Pioneer 530 radios.     I found an old photo of "our first purchasing agent" that was taken in front of a rack of bin boxes containing electronic components, some of which can be identifed as parts used in my Pioneer 530.     Thanks to the gracious assistance of JAARS technician Bill Foust KB4NET, I was able to obtain a manual and schematic for the radio!   Thanks very much to Bill - who commented:  "I am now living in Montana, but I spent about 19 years at the JAARS headquarters in Waxhaw.  There are still 2 examples of the 530 there, one of them was in working order when stored a number of years ago.  My colleague there has found a manual and is scanning it for you.  The model # comes from the specs on the radio, 5 channels and 30 watts AM.  When I applied to Wycliffe as a radio tech in 1989, part of my technical evaluation was learning that radio, and then troubleshooting "bugs" that they put in.  Good memories.  I trust that the info we send will be helpful to you."

It was indeed, as one of the challenges when reverse-engineering a piece of equipment without a schematic is assumptions you make that turn out to be only semi-correct.    One thing that bugged me was the fact that the 530 had a floating ground similar to an AC/DC radio, so all DC voltages were not referenced to the chassis.    I'm sure this was done because it simplified the design using the PNP transistors which were available at the time, and because it was intended that the radio would only be operated from a storage battery, so what difference did it make?    The RF output was referenced to ground, which made it easy to introduce hum via ground loops in my bench testing.

The design of the Pioneer 530 is similar to marine AM radiotelephones of the time, but while I haven't gone back to verify, I accept Mr. Baptista's claim that tube-type receivers were still in use at the time, even though later designs with solid state receivers similar to the 530 became common.   The reason is obvious - whether on a boat or operating from battery power in the jungle, the reduction in current consumption was a huge advantage.   The 530's 30 watt input transmitter required a battery capable of supply 7.5 amps but even dry cells could power the receiver alone for many hours.   A toggle switch turns off the tube filaments until transmitting is required to save power.     The two-tube transmitter is similar to those in boat radios but with a tank coil that was able to tune from 3 to 9 MHz rather than just the 2-3 MHz marine band.

Conversion to amateur band use required new crystals of course - I have 3880 and 3885 set up as well as 7290 on 40 meters.    I used one of my own designs, the 4-channel oscillator board using programmable oscillators made by Epson to replace the crystals on the receive side.    I rewired the switch deck used to select crystals to enable one of the four oscillators for each frequency.    Output power is between 15 and 20 watts with a solid state modulator.    To minimize current drain the receiver has its own low-power audio stage to drive the built-in speaker.

Components of high quality were used by JAARS and construction is neat and tidy using point-to-point wiring on small phenolic boards rather than a PC board.   One nice thing about this method of construction is that clips are used to hold many component leads, so they can be unsoldered and replaced from the top side of the board.   The fact that some boards overlap other circuitry and must be unsoldered to do repairs is an inconvenience.    I would guess the radio was pretty reliable in operation, depending on local factors such as temperature and humidity.     Dipole antennas cut for the frequency in use were installed.

I spotted the Pioneer 530 on a table at the Hamvention in 2022 and no one present seemed to know anything about it.    Finally the person who owned it was located by phone and a deal was made, although I fully expected at the time to find it would be just a variation of a commercial marine radio.   I wish now I'd hung around til the seller returned so I could ask how he came by it as there seem to be very few examples in existence.      For one like me who loves oddball and obscure radios, it's both frustrating and exciting to discover that Google knows little to nothing about a new acquisition, as was the case here.   But I was lucky to find that JAARS is still going strong and has people who are willing to go out of their way to run down an obscure manual for a radio that was built 60 years ago.    Hopefully this article will have acknowledged the contribution of Jim Baptista and all those who serviced and supported HF radios in pursuing the JAARS mission over the years.

To learn more about JAARS click here.    Thanks to JAARS for their archived photos - many more of their aviation and other activities can be seen at their website. 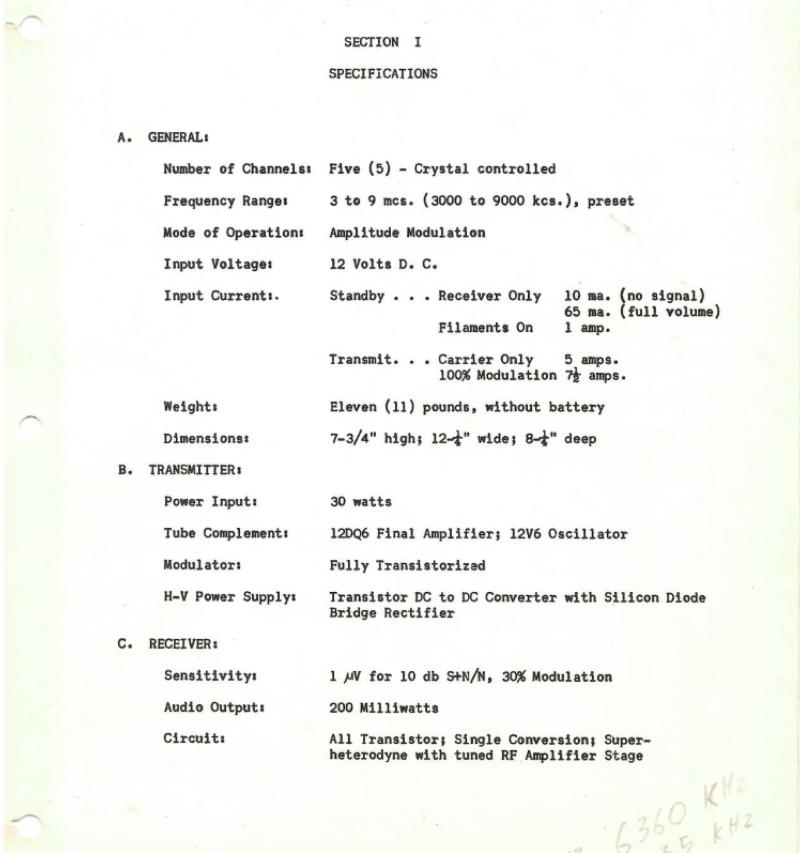 This label intrigued me enough to buy it

This label on the back confirmed who and what 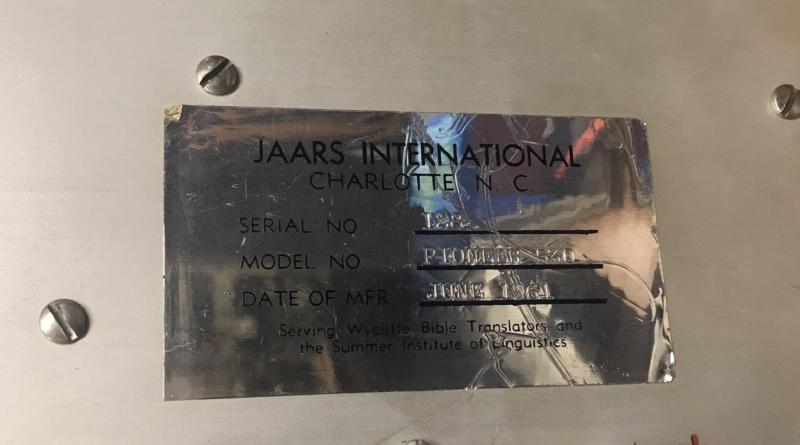 the manual confirmed that a low-Z mic was required 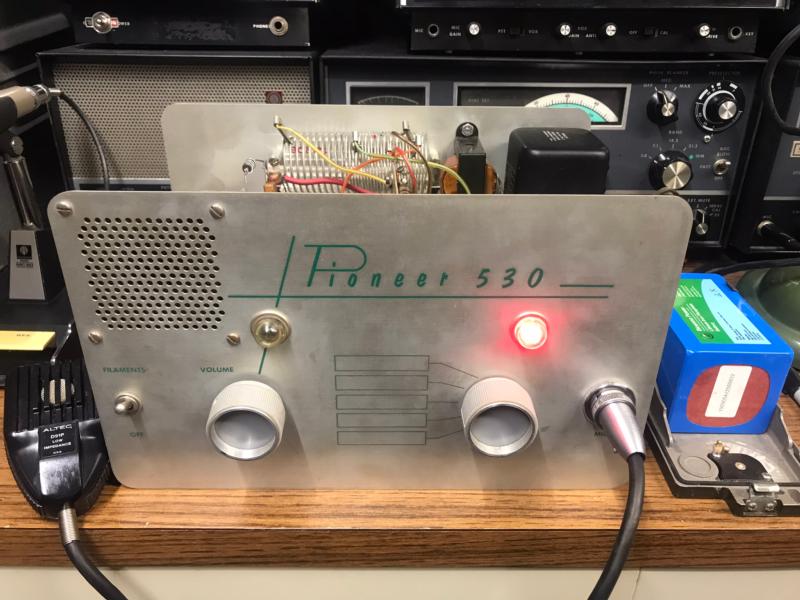 On the MCRN AM Net with Bienno battery power supply 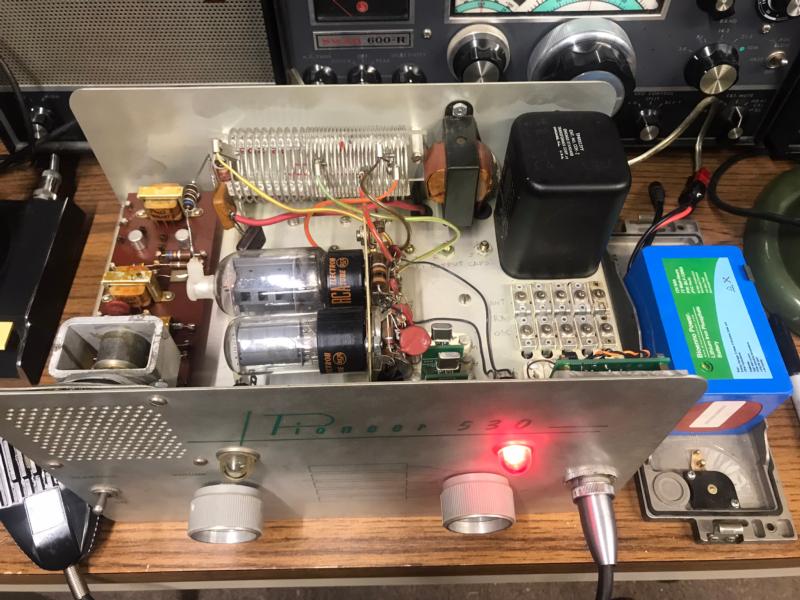 Under chassis view before any mods were made 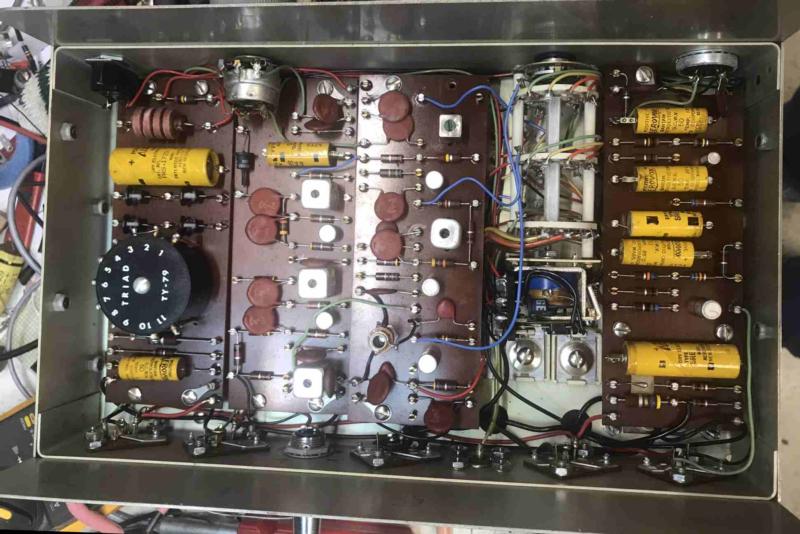 Top chassis view before any mods were made 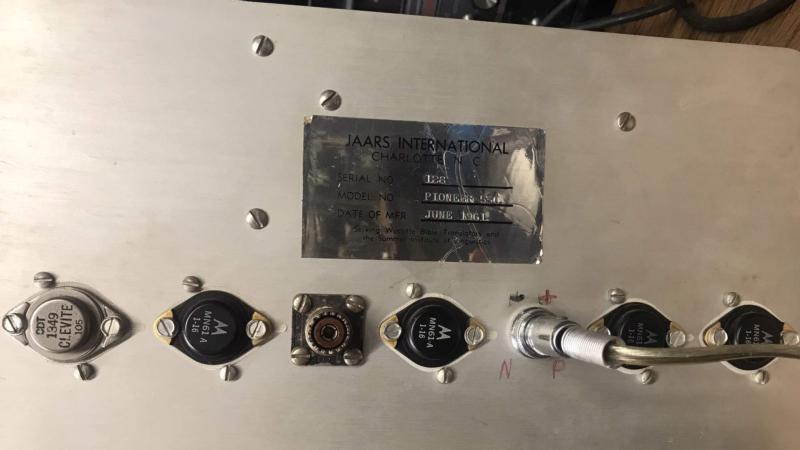 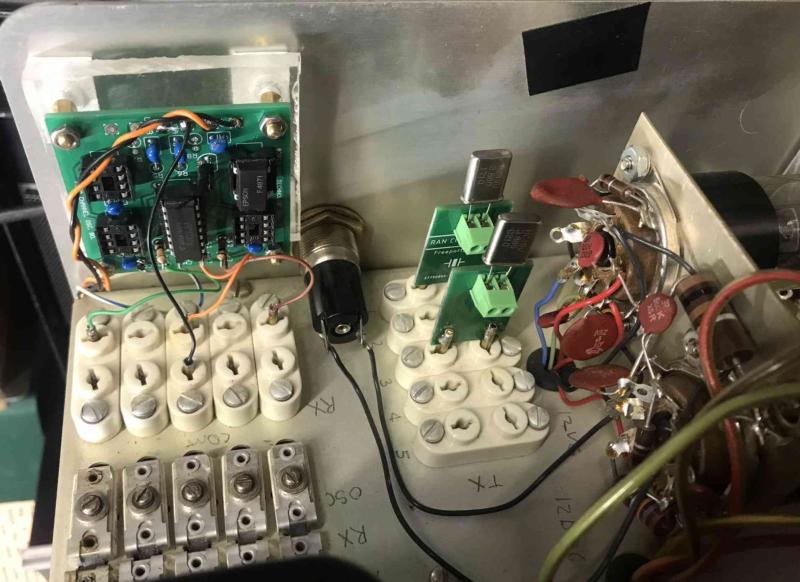 A few extra wires needed to support the mods 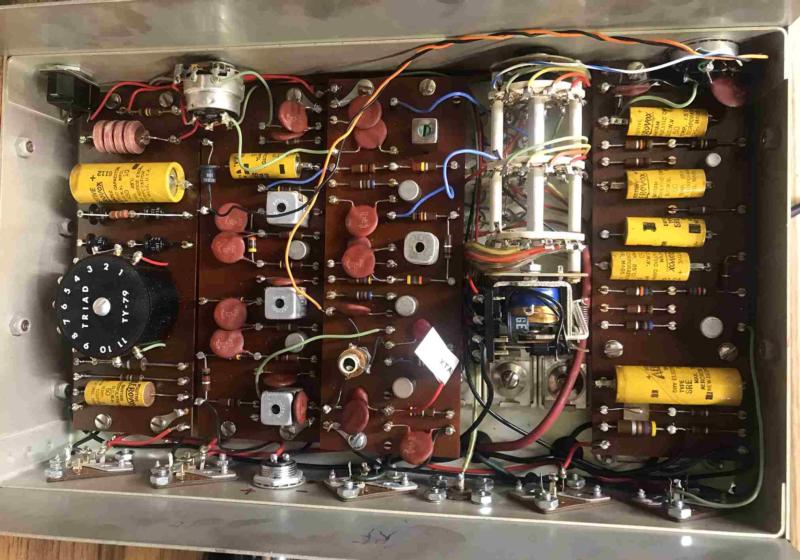 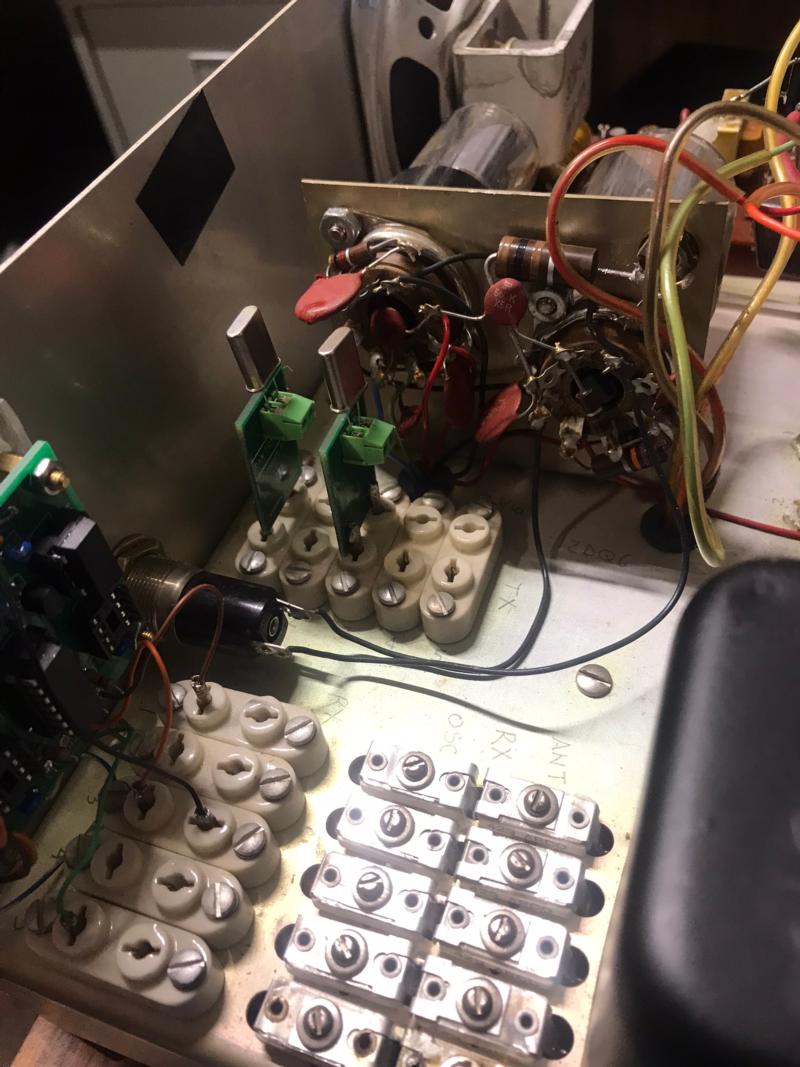 Inventor of the Pioneer 530 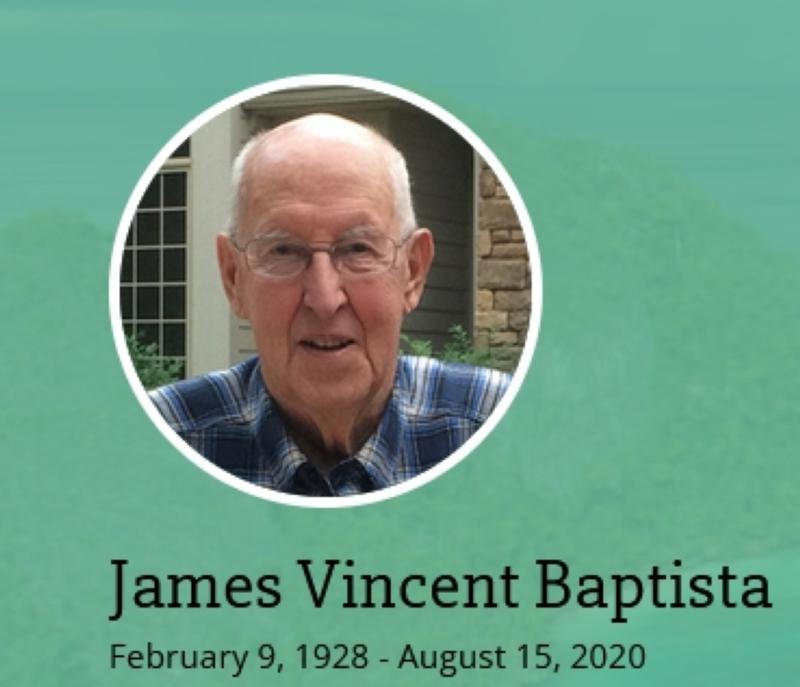 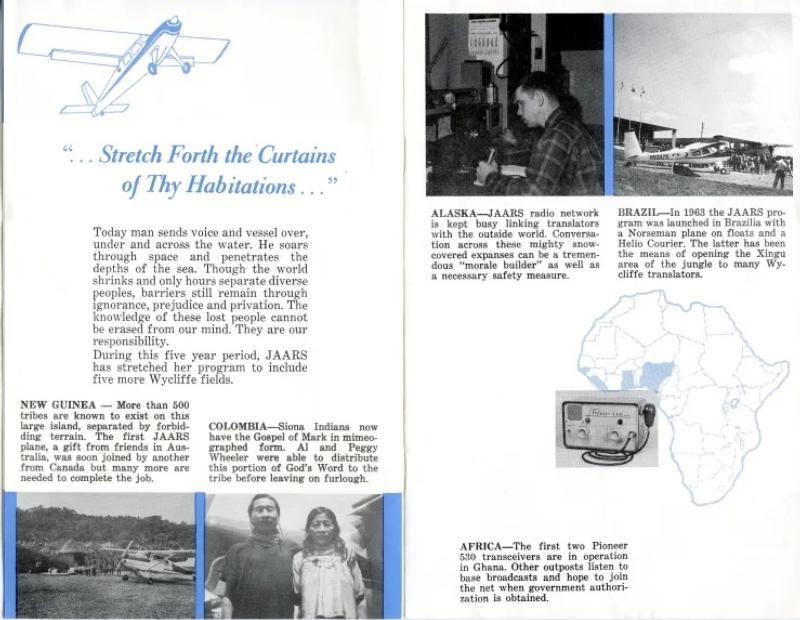 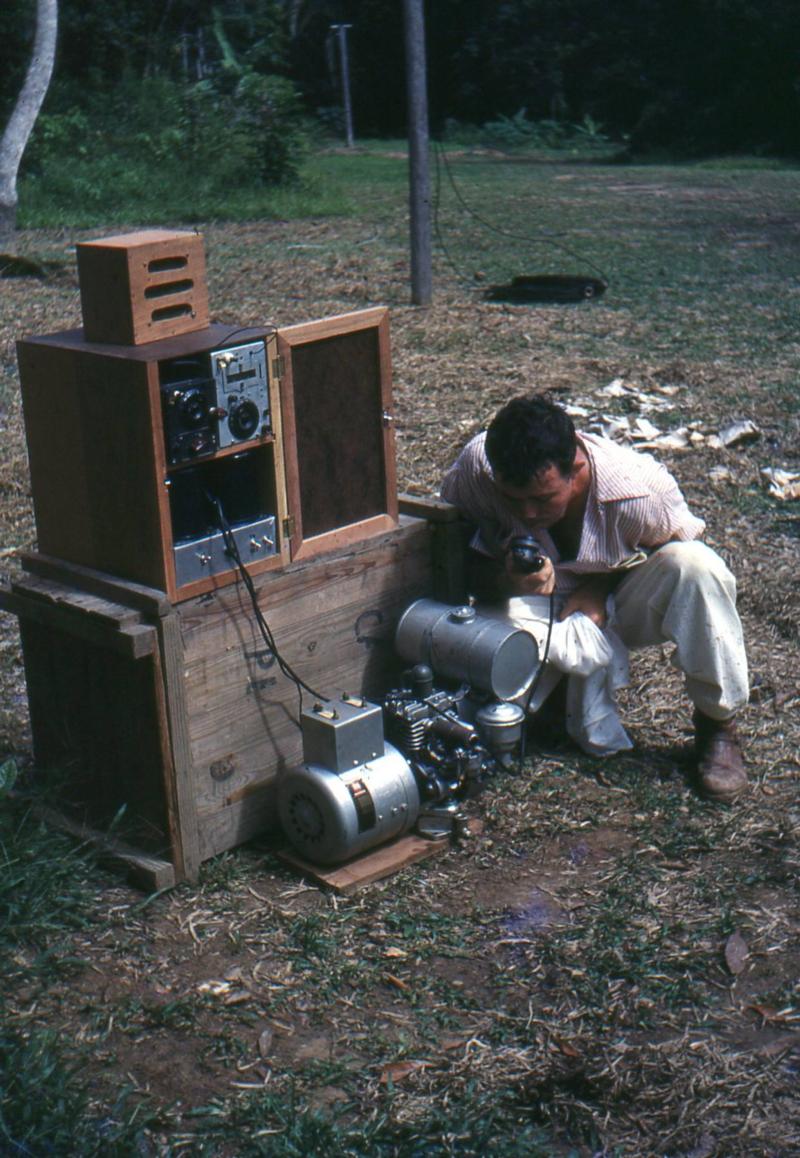 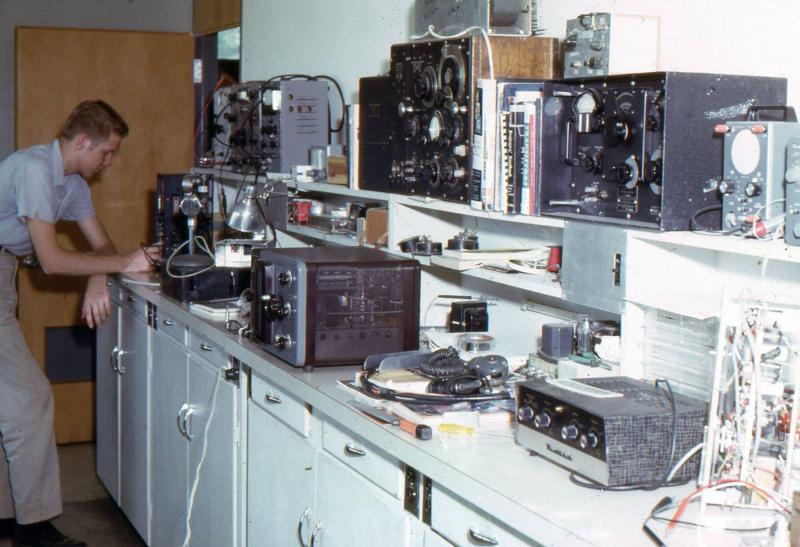 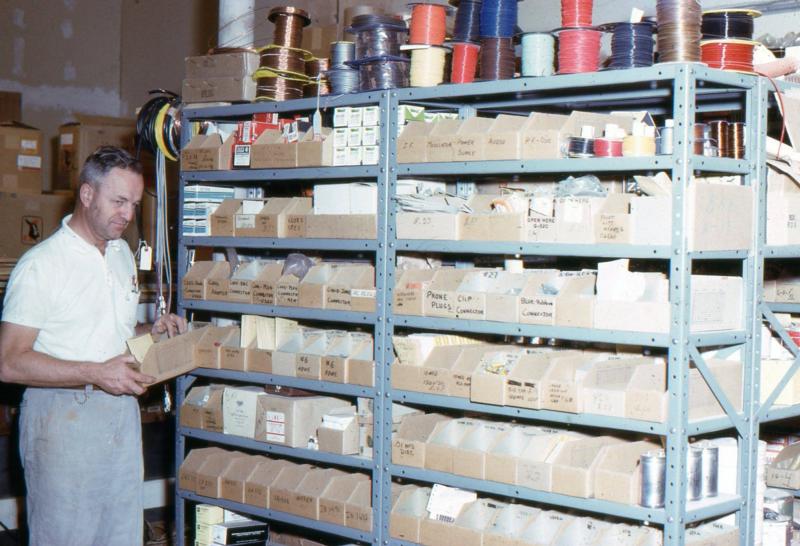 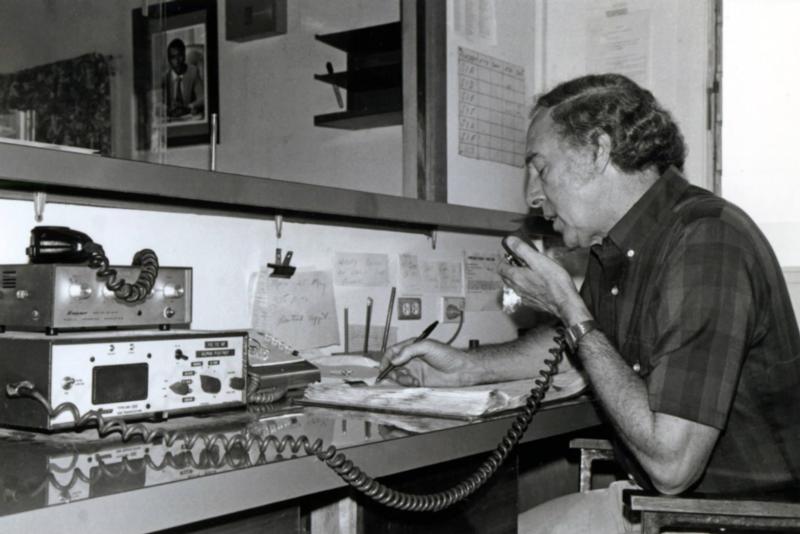 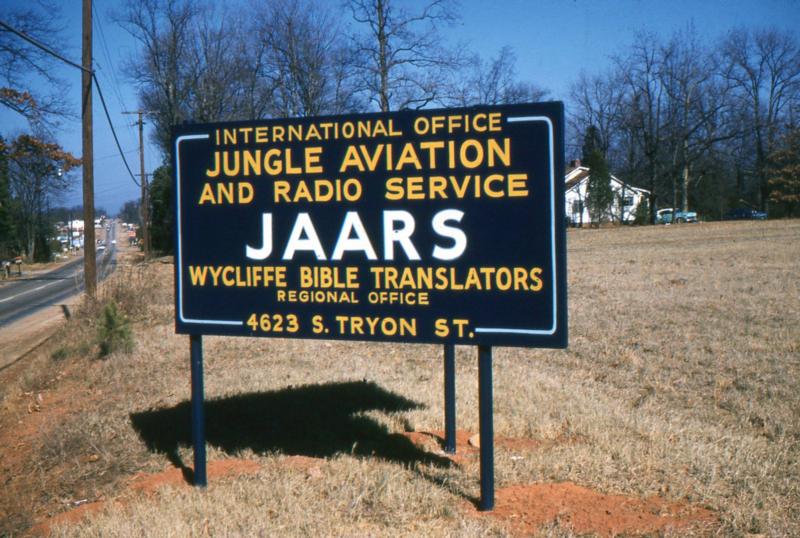 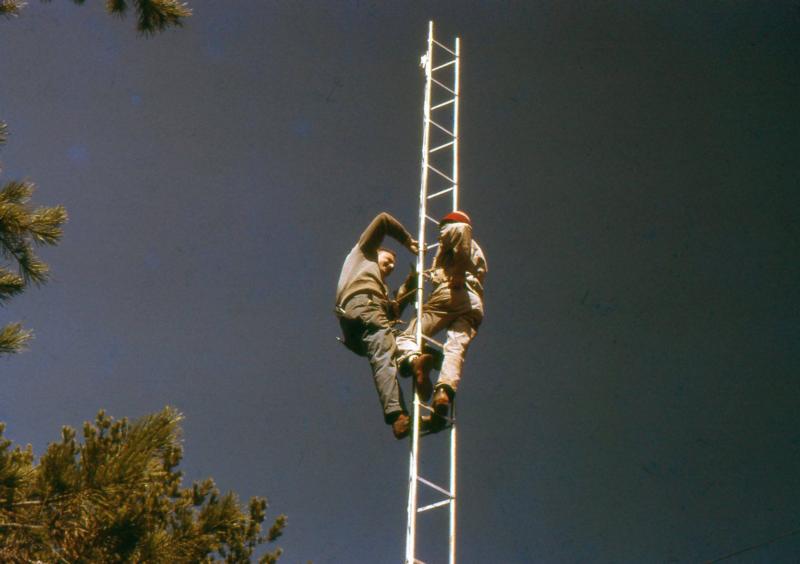