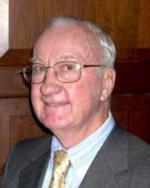 A native of my town, Freeport IL

The following obituary appeared in the Freeport Journal-Standard on Febr. 9, 2019.      I attended a lecture by Mr. Anderson in the late 1990s after moving to Freeport and working for Honeywell where despite being a supplier to DEC, few realized the local connection existed to the founder of what once was the second-largest computer company in the world.   Mr. Anderson's life story was inspirational, as one of those innovators who made the computer revolution possible.   He left DEC early on to pursue a different career path, but he certainly made an impact on the industry during his long and successful career.

Harlan Anderson 1929—2019
Computer pioneer
Harlan E. Anderson of New Canaan, CT died on January 30th at age 89. Anderson was an early computer pioneer and innovator who co-founded the first mini computer company, Digital Equipment Corporation (DEC) which, at its peak, grew into the second largest computer company in the world.
Anderson was born in Freeport, Illinois on October 15, 1929. He attended the University of Illinois, where he received a B.S. and M.S. in Physics. The computer classes he took there changed his life. He married his high school sweetheart, Lois Jean Kahl in 1950. After their college graduation, both joined M.I.T.'s Lincoln Laboratory. After five years, Anderson left M.I.T. to co-found DEC. Following his years at DEC, Anderson served in the late 1960's as Director of Technology for Time, Inc. He went on to have a career in small-scale venture capital for technology start-ups, serving on many industry and corporate boards. He also built some of the first office buildings in New Canaan, providing space for small businesses and organizations.
Anderson was a strong believer in education and his philanthropy and volunteerism reflected this. He was dedicated to providing educational opportunities to others. He served as a Life Trustee at Rensselaer Polytechnic Institute and was a trustee of the Norwalk Community College Foundation. He was a member of the Visiting Committee of the University of Illinois College of Engineering, where he was inducted into their Engineering Hall of Fame in 2010. He and his wife Lois sponsored the Distance Learning Center at Illinois and endowed scholarships at R.P.I., Norwalk Community College and Northwestern University.
A lover of music, Anderson was a Life Trustee of the Boston Symphony Orchestra. He was very active as a community leader in New Canaan where the family lived since 1966. He was a co-founder of the New Canaan chapter of the high school ABC program and of the New Canaan Inn (housing for the elderly) and a charter member of the New Canaan Land Trust. He served as a trustee of the New Canaan Library, Norwalk Hospital and as a Deacon and Trustee of the Congregational Church of New Canaan. He was a long-time member of Woodway Country Club in Darien, where he served on the Board of Governors and as president of the club.
Anderson was kind, funny and generous. He was avid for ice cream and fondly remembered his first job scooping it in Freeport. He loved to play golf, mostly for the social aspects of the game, but did once hit a hole in one. He was always up for a fun adventure, seeing new things, spending time with his many friends, but most of all, he loved his family. He believed in and valued service to community and inspired many to follow his lead. He set an example for us all in taking care of people.
He is pre-deceased by his wife Lois and is survived by his sons Brian of Monument, Colorado and Gregory (Carol) of Eagle, Colorado and daughter Susan (Jo) of Longmont, Colorado and three grandchildren, Scott (Sue), Christine (Vincent) and Matthew. In lieu of flowers, memorial contributions may be made to: The New Canaan Library, the New Canaan Land Trust, the Boston Symphony Orchestra or the charity of your choice

.
Funeral services are planned for March 16 at the Congregational Church of New Canaan.