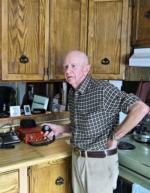 Most of the articles on this site are about hams, or  ham radio.   This one is not about a ham but about a man who built as much a reputation through HF radio as any ham on top of the BPL ever did.    Don Taylor is one of those rugged independent-minded people who thrive on a lifestyle most of us couldn't even imagine - as a trapper in Canada's Yukon wilderness.     I came across Don's story while researching the Spilsbury and Tyndall company and it's legendary SBX-11 10 watt battery-powered HF transceiver, but that'll be another story...

He’s well-known to trappers, hunters and pilots who often rely on him and his “bush radio service” to connect with the outside world.  He also served Watson Lake residents for 24 years in the Yukon legislature, beginning in 1961. The last 11 he spent as Speaker of the House. When Taylor retired from politics in 1985, he moved out to the home he’d built on Stewart Lake, 65 kilometres north of Watson Lake.  Taylor was only 16 when he arrived in the Yukon in 1949 with nothing more than a beat-up 44:40 Winchester and a dusty kit bag.

He spent the first few years prospecting, sometimes with a partner but mostly alone. He worked for Carl Springer in the original staking of what is now known as the CanTung mine. It’s still in operation today.   In the early 1950s, he worked as a mechanic for pilot and trapper George Dalziel.

That was about the same time he got his start with radios.  Every morning and night, the military had scheduled calls to the communities and riverboats. In the spring of 1951, Taylor jumped in with an old Mark 19 tank transmitter while he was placer mining.

Today Taylor uses a Spilsbury SBX-11A radio. The SBX-11A is the best radio of its kind ever invented. Built for use in a harsh environment, it’s been the choice of trappers, outfitters and bush pilots since it became available in 1970. Best of all the calls are free.   Even today with satellite phones and satellite Internet, most northern trappers still have and use an SBX-11A radio.

Trappers have a call sign or “handle” to identify themselves. They’re usually geographical names of a nearby lake, river or mountain, or numbers, or a combination of both.   Names like Jack Pine Lake, Cabin Creek, Green River, Beaver Crow, Kermode Lodge, Larsen Lake or my own, Grizzly Creek, are frequently heard.

But none of these names carry the significance of the call sign Five-One-Four.   That belongs to Don Taylor and it’s known by trappers, hunters and bush pilots all over the North.   Having the ability to call Five-One-Four can and has meant the difference between life and death.   Taylor can be reached on his radio, almost anytime during the day, 365 days of the year. He even has speakers on the outside of his cabin so h e can hear if someone is in distress.  Taylor has operated the winter “trappers’ sched” since 1979. From the beginning of November until the end of March, every night at precisely 7 p.m., Taylor takes over the airwaves on channel 4441.   He starts by giving the date and the time. Then he gives the weather, followed by any major news he has accumulated during the day. Fur prices and auction results get priority. Personal calls come next.

Taylor has a list of every trapper in the area. It’s complete with map co-ordinates of their cabins, as well as who should be called in case of emergency.   Every night during trapping season, Taylor calls each and every trapper to make sure things are OK. If a trapper is going to be out on the line for a few days, he just lets Taylor know how long he expects to be gone. If Taylor doesn’t hear from the trapper when expected, he sends for help.

One winter in late February, my family and I were ready to head for home after spending more than three months at our trapline, deep in the Logan Mountains. We had about 160 kilometres of trail to break. Even though no one had been over it since we had come in three months earlier, I wasn’t concerned. We had an old mine road to travel on and I thought the snow would be packed.   We told Taylor our plans and set off the next day. Between the five of us, we had three snow machines, each pulling a sled loaded with survival gear and our winter’s catch of fur.

The trail was nasty. I soon lost count of the number of times we got stuck. When we hit the top of the pass, I knew we weren’t going to make it that night because we still had 29 kilometres left to go. Those 29 kilometres might as well have been 2,900. We were all beat. I knew there was a trapper’s cabin close by where we could spend the night. As we were drifting off to sleep, I remembered Taylor was expecting a call letting him know we were OK.

The next morning I jumped on a snow machine and raced the last 29 kilometres to the highway. Two conservation officers were just unloading their machines to come looking for us. I was a little embarrassed that I had put them to all that trouble, but thinking about my family down the trail and the fact no one else knew where we were or even that we were on our way out, I sure was thankful for Taylor.

Social side of “trappers’ sched”

The nightly “sched” is a social gathering too. Each night in cabins scattered throughout the northern bush country, trappers and their families gather around the old SBX at 7 p.m. to hear all the news.    After Taylor clears the sched, the radio is usually busy for an hour or two as trappers chat back and forth. A lot of valuable information is passed along this way.   I was lucky to have that information available early in my trapping career. One winter I had a lot of wolves hanging around the valley where I was trapping. They were hunting the caribou. Try as I might, I just couldn’t seem to connect with them with any regularity.   One night on the radio, I overheard Iron Creek, who was an accomplished wolf trapper, telling another trapper how he caught most of his wolves. I put that information to work the next day and started catching wolves shortly after.

My three kids grew up listening to these radio conversations and learned a lot. One winter I was having an electrical problem with one of my snow machines. I had checked everything or so I thought. That evening at dinner, my 12-year-old son says, “Dad it sounds like you might have a dead short. Jack Pine Lake was having what sounded like the same problem you are and Mess Lake told him how to check it.” Turns out that’s exactly what it was too.    Mess Lake was a trapper in northern B.C. who had living in the bush full-time for almost 30 years. Most people would have never guessed he had a degree in electrical engineering.

Taylor’s place is in a good spot geographically for communications.   In addition to his array of SBX-11As, he also has links to the regular phone service via a radio telephone and satellite Internet. This gives him the ability to contact the “outside world” when help is needed.

One winter a young trapper cut himself with a machete when he was cutting trail. He made it back to his cabin and called Taylor. Within an hour, he was at the Fort Liard hospital.   Another time a trapper didn’t check in when he was supposed to so Taylor sent the authorities in to check on him. They followed his trail and found him 48 kilometres from his cabin. His snow machine had broken down. With a cold front moving in, it’s doubtful he would have survived the long slog on snowshoes home.

In 1995 the Royal Canadian Mounted Police “M” Division undertook a centennial patrol by dogsled. They travelled 1,000 miles from Dawson City to Fort McPherson, N.W.T. and back.   When some their own communications failed, Five- One-Four stepped in to help by maintaining radio communication with the patrol. From Feb. 26 until March 28, Taylor kept a constant vigil on the radio as the patrol made its way through one of the harshest environments on Earth and was later rewarded for efforts.

Meeting over the airwaves

The radio community among trappers in the bush is a close-knit one. Many never “meet” one another except on the radio.

One fall when I was busy guiding hunters, my wife had to go into town to take an electrical course so we could wire our new house. As it turned out, a trapper we had “known” for years was taking the same course. My wife told me as soon as she heard this guy’s voice, she knew who it was, even though they had never met in person.   She promptly went over and introduced herself as the lady from “Grizzly Creek.” He was the trapper from Lansing. With children the same age, who were all going through correspondence school while growing up in the bush, we’d been talking to them for years.

As I sat in my cabin writing this article, I listened to a trapper who called for advice on hooking up his satellite Internet properly. It was obvious right away this old trapper didn’t have a clue about computers or the Internet. His nephew, it turned out, had flown out to his line that fall, set up the dish and showed him how to send/receive email and photos. From the conversation between the trapper and Taylor, I would say the instruction had ended there.

Taylor was trying to find out the name of the trapper’s server so he could give them a call to see if the problem could be fixed from their end. I could tell by his tone the old trapper was getting a little upset after telling Taylor, for the third time, that he had turned 60 last year and he had always served himself. He didn’t have a server and he didn’t want one.   So Taylor tried another tact.  He asked the guy where his Internet came from, hoping this would help the guy understand what he was getting at.    The trapper paused for a minute and then said: “Well from up in the heavens, like everyone else’s, I guess.”   I spit coffee all over the cabin floor.   I still burst out laughing whenever I think about it.

Don Taylor was a former political figure in the Yukon, Canada. He represented Watson Lake in the Yukon Territorial Council from 1961 to 1978, and then in the Yukon Legislative Assembly from 1978 to 1985, as a Progressive Conservative then Independent member.  He was born in Toronto, the son of Emerson R. Taylor and Olive Kennedy, and educated in Toronto, Aurora and Lakefield.  Taylor was employed in mining exploration and aviation.  Taylor was defeated when he ran for reelection in 1985 and died in 2012 of lung cancer. 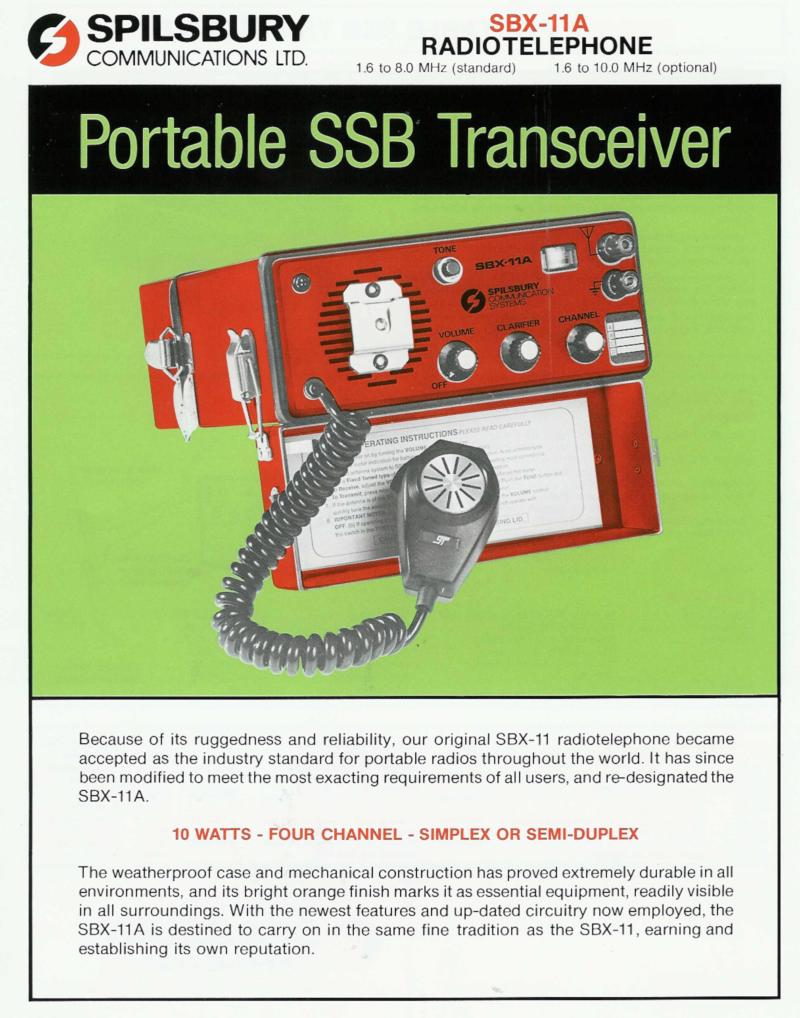